You are here: Home / 13 Reasons Why I Left the Institutional Church

This is a guest post by Sam Riviera. He spends most of his time and energy caring for others in his community so that through his life and actions they might see Jesus. If you have neighbors (and you do), you must read his series of posts on Getting to Know Your Neighbors. 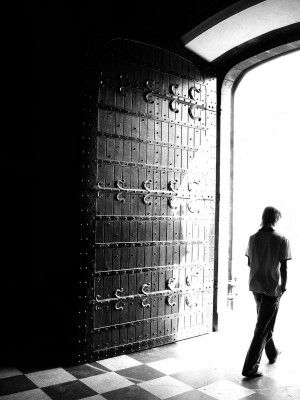 When I was a child, I loved my church.  I imagined Jesus sitting next to me when I was there.  Jesus loved me this I knew, for I learned it in Sunday school.

As an adult, however, something changed.  I could no longer imagine Jesus sitting beside me as I listened to a whole ‘nuther gospel, a gospel of money, power, authority, position, correct thinking, correct behaving and unquestioning acceptance of everything being taught.

I no longer knew what to call the institution.  Church seemed inappropriate.  So I called it religion and decided to look for Jesus elsewhere.

Although there are dozens of reasons why I left the institutional church, there are thirteen that especially stand out in my mind:

My list of reasons was compiled based on what I experienced and observed at the churches I attended. Each item could be illustrated by numerous stories.  My experience undoubtedly does not reflect everyone’s experience.