You are here: Home / z / A Cold-Case Detective Investigates the Murder of Jesus

J. Warner Wallace was a homicide detective who specialized in solving cold-case murders. His work on cold-cases has been featured on numerous popular television shows and have revolutionized the way capital offense trials are presented around the country.

One year, though he was an atheist, he decided to take up the biggest “cold-case” of all time, the alleged murder of Jesus Christ some 2000 years ago. As a result of his investigation, he became convinced that the claims within the Gospels are true, that Jesus really did live, die on the cross, and rise again three days later from the dead. 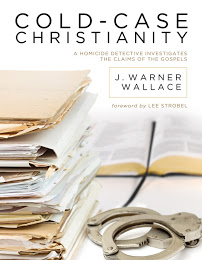 And he recently wrote a book about how he used his training and experience as a cold case detective to verify the truths of the claims in the Gospel accounts. His book is called Cold-Case Christianity, and he recently sent me a copy of his book for review on this blog.

If you have ever read Lee Strobel’s The Case for Christ, this book is very similar, except that rather than the research performed by an investigative journalist, the research is done by a cold case detective. I really enjoyed Lee Strobel’s book when I read it about several years ago, and I enjoyed J. Warner Wallace’s book,  Cold-Case Christianity, for many of the same reasons. Apparently, Lee Stobel likes the book too, since he wrote the foreword.

One of the things that makes the book the most interesting, is that Wallace begins each chapter explaining some of the tools and approaches he used as a homicide detective, and then he goes on in the rest of the chapter to show how he used this tool or approach to investigate the claims of the Gospels about Jesus Christ.

So, for example, chapter 8  is titled, “Respect the ‘Chain of Custody.'” This is basically the idea that when evidence is passed on from person to person in an investigation, there needs to be a paper trail to show who had the evidence, what they did with it, and where it went after they were done with it. Using his experience as a detective, Wallace showed the “Chain of Custody” of the evidence which was recorded in the New Testament Gospels and how they went from the actual life of Jesus to the “courtroom” or the Council of Laodicea in 363 AD where the four Gospel accounts were officially accepted into the New Testament canon. 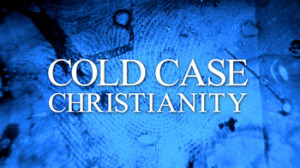 After going into some of the theories of how the evidence about Jesus could have been “tampered” with along the way, he then shows how each theory does not have the evidence to support it, and in the following chapters, goes “link by link” through the chain of custody to show how the Gospel records we have today are an accurate reflection of what was originally written down, and are also an accurate account of what actually happened during the life, death, and resurrection of Jesus Christ.

The book was extremely fascinating and informative to read. If you have questions about whether or not the Gospel accounts are accurate, get  Cold-Case Christianity and let Detective Wallace walk you through his thorough investigation into the matter.