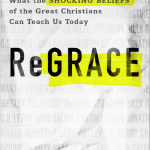 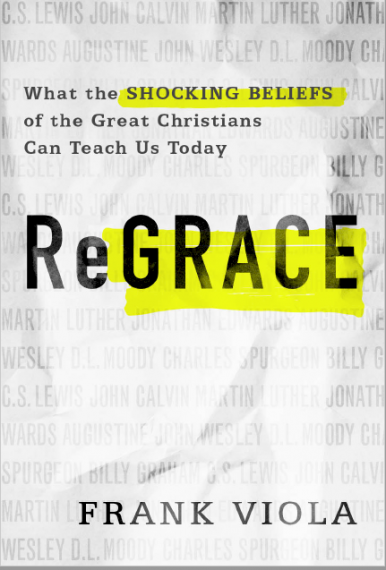 This is a BONUS episode of my One Verse Podcast. In it, I interview best-selling author, Frank Viola, about his new book, ReGrace. This book shows how Christians can get along with each other, even when we disagree with one another.

The book goes into some of the shocking and outrageous theological views that were held by several of the greatest Christians in history. This should not cause us to shun or condemn them, but simply to realize that we ALL have some crazy ideas.

Frank Viola has some crazy views … and so do I.

And you do too.

This book shows that we ALL have some crazy theological views, and so rather than condemn each other as heretics, let’s learn to live and laugh together.

By taking a humorous look at some of the crazy views of theological giants like C. S. Lewis, Marin Luther, John Calvin, Jonathan Edwards, Augustine, Billy Graham, and others, Frank Viola shows us that all of us have some views that could be condemned as heresy by somebody.

But that’s no reason to get all worked up, frothing at the mouth, while we seek to burn people at the stake through our keyboards.

This book shows how. It’s humorous, lighthearted, and instructive.

So let’s learn from each other and laugh with each other as we all enjoy the ride of following Jesus in this great adventure.

Links Mentioned in this Interview with Frank Viola

Here are some of the things I have written in the past about heresy as well. 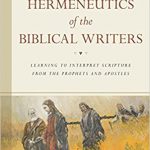 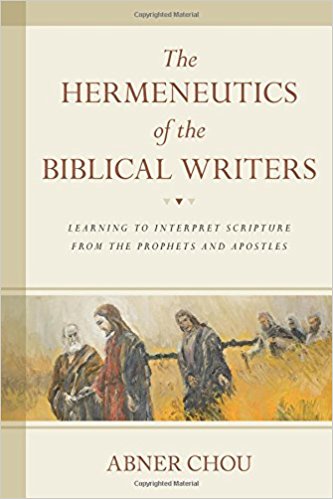 When I was in Bible College, I was taught that our modern practices of hermeneutics differ from those used by the biblical prophets and apostles themselves. I was told in class that while the biblical authors used allegory and typology (cf. Gal 4:24-25), this is not something we are allowed to practice today as good students of Scripture. The reason, I was told, was because they were inspired and we are not.

For them, as for us, contextual issues about authorial intent were paramount, which requires a knowledge of historical, grammatical, cultural, and theological contexts. Chou shows that these sort of “modern” hermeneutical rules are not modern at all, but have been followed and practiced since Moses sat down to write the words of God for the people of Israel to read and understand.

If you want to understand the Bible better, and also all the prophets and apostles, including Jesus Himself, read and understood Scripture, I highly recommend Chou’s book.

I do have a few caveats, of course. For example, I take issue with his criticism of a Christocentric reading of Scripture (p. 133), and also with his take on trajectory hermeneutics (p. 226). But one can disagree with Chou on these sorts of issues and still accept the broader idea that the hermeneutical principles we practice today are not modern inventions, but have been practiced, taught, and followed by all the writers of Scripture since the first words of Scripture were written.

If you want to read the book, you can get it on Amazon. 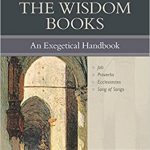 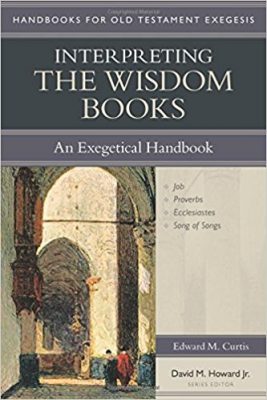 I am always on the lookout for books that help me understand the basic meaning and message of various books of the Bible. So it was with interest that I recently read Interpreting the Wisdom Books, by Edward Curtis.

And this book by Curtis will help you understand them. Curtis shows how the wisdom books relate to the rest of the Old Testament as an explanation and application of earlier teachings from the Bible, and then also shows how the modern student of Scripture and learn, understand, apply, and teach these important texts to the issues and questions we facet today.

If you are preaching through the Wisdom Books or are planning to teach a Bible study on one or more of these books, I highly recommend this volume by Edward Curtis. 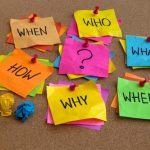 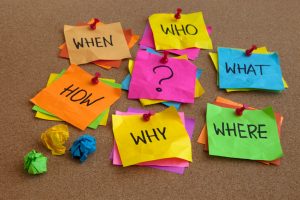 I am currently writing a book about faith, and in it, I briefly address the idea of blind faith, or taking a leap of faith. I show that faith doesn’t actually allow for blind leaps, but instead, our beliefs change as we are persuaded and convinced by the evidence presented to us.

And thankfully, there is strong evidence for the truth claims of Christianity.

Thankfully, Christianity is a reasonable faith.

Yes, many aspects of Christendom are not so reasonable, and can be safely discarded, but the core beliefs of Christianity as founded by Jesus and centered upon Him can stand up to any and all challenges.

But you might need to do some reading and study to help answer the various questions. 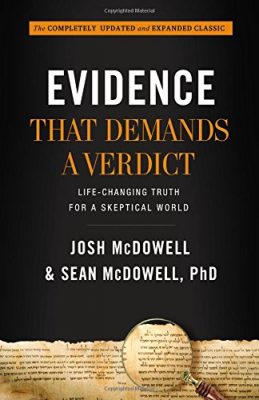 That is why I highly recommend you get a book like Evidence that Demands a Verdict. There is a new updated and expanded version available which provides all the information from the classic volumes into one, along with several updates and new chapters that help respond to more recent challenges.

I first read Evidence that Demands a Verdict in the 1980s, and have benefited from the content of that book ever since. It not only provides a good basis for helping us know how we can trust that the Bible we have today is the Bible that was written by the original authors, but also shows how we can trust the historical claims of the Bible.

Using this knowledge, we can show that Jesus really did live, teach, die, and rise from the dead, as Scripture reveals. These events, of course, are central to Christianity.

So if you have questions about Christianity, I first say, “Good job! Keep asking!” and then I say secondly, “Buy and Read Evidence that Demands a Verdict. It will help answer some of the questions you might have.” 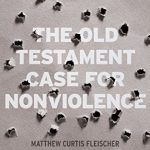 I always love reading books that attempt to explain all the violence in the Bible … especially the violence that is attributed to God. I have written two books on the subject myself, but love seeing how other people deal with this difficult topic.

So when Matthew Fleischer asked to send me a review copy of his book, The Old Testament Case for Nonviolence, I readily accepted. 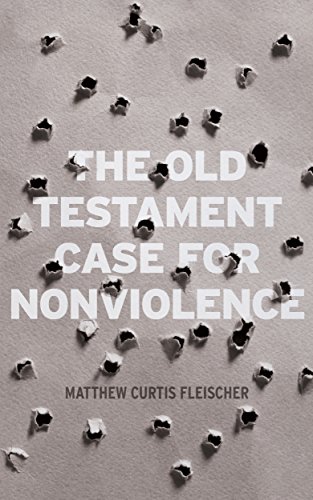 As I read the book, there was much that I loved and agreed with, but a few things that did not sit well with me. Let me start with the positives.

3 Things I LOVED about this Book

First, the book is very readable. It is not overly technical and provides a good overview of some of the views, issues, and texts related to the topic of violence in Scripture.

Second, despite the title of the book, it actually presents a New Testament case for nonviolence as a way of reading and interpreting the Old Testament. I love this approach to Scripture, and have written elsewhere about the importance of “reading the Bible backwards.” Though the New Testament chronologically follows the Old, it provides us with the theological and hermeneutical framework through which to read and interpret the Old Testament.

Third, and related to the first point, Fleischer not only encourages people to read the Old Testament through truths revealed in the New Testament, but specifically points people to the truths revealed through Jesus Christ on the cross (e.g., chapter 10). In one of my books, I call this the “crucivision” lens. I completely agree that the death of Jesus on the cross provides the clearest explanation of all violence in Scripture.

There are other things I love about the book, but let me briefly discuss two things I disagreed with.

2 Things I Disagreed With

First, Fleischer places a lot of emphasis in the book on progressive revelation (which he calls incremental revelation). This is the idea that as human history progressed, God revealed more and more of Himself to humanity, so that the later portions of Scripture more accurately reveal the true nature of God than the earlier portions (see chapters 2, 11). I have never been a fan of this view.

I know … I know. It seems that earlier I said exactly the opposite when I praised the practice of reading the Old Testament in light of the New. Let me try to clarify.

In the progressive revelation view, we see humanity at its lowest in the early chapters of Genesis, and then as God calls Abraham, then Israel, then Judges, then Prophets, and then Kings, each successive step gets us higher up the ladder of truth until we ultimately arrive at Jesus, who then encourages us to keep learning and moving upward toward truth. So in this view, the revelation from God can be drawn like a slope that moves higher as human history progresses, so that we are smarter and wiser and know more truth than did the people of 500 years ago, and especially the people of 5000 years ago.

So in my view, rather than a constant upward slope toward “truth,” human history actually made a downward slope into sin and ignorance. Jesus Christ came at the deepest trough of this slope, and turned things around. His life, ministry, and teachings provided the correction, so that we are now generally on an upward trajectory, but we are still “below” some of the biblical saints of the past when it comes to what we know to be true about God.

This may seem like a minor point, but really, it makes a world of difference in how we approach some of the ancient biblical texts, like those of Moses and David. Rather than approaching them with a morally and theologically superior attitude, we instead approach them with humility, asking and hoping and praying that we can see what they saw and know what they knew.

This brings me to my second criticism of Fleischer’s excellent book.

Due to his view of progressive revelation, he frequently mentions that since people of the past did not have the full revelation that we have today, God had no choice but to occasionally accommodate their violent tendencies by engaging in some violence Himself.

Fleischer especially argues this in his chapters on “Just War” (chapter 7; see esp. pp 121-122), and then reinforces this idea in some of the concluding words of the book where he writes that God “may have temporarily used limited violence to advance his nonviolence agenda, but his use of such violence was always good and just” (p. 230). 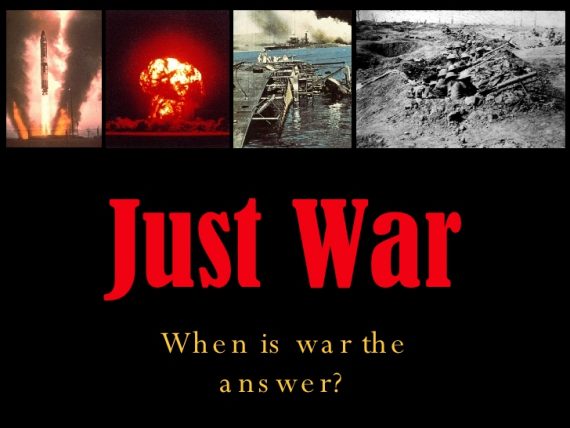 I simply cannot agree, based on what is revealed about God in Jesus Christ. Jesus reveals what God is truly like, and Jesus shows us that there is no violence in God and never has been.

So should you read this book?

Of course. And you can get it here on Amazon. It is a good introduction to the difficult theme of violence in Scripture. But as you read, just recognize that there are other ways of dealing with the violence in Scripture than by assigning these activities to God and calling them “good and just.” God does not accommodate such violence, nor does He withdraw and allow it to fall upon us.

Instead, He dives into the mess and sin of life with us, and bears the blunt and the blame for sin on His own beaten and bloody back. This is what we see in Jesus. I present this idea in one of my other books, which is also available on Amazon.