You are here: Home / Are Cross-Gender Friendships Possible? 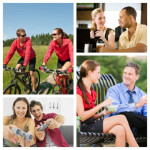 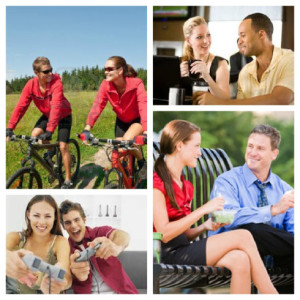 This post is part of the February Synchroblog “Cross Gender Friendships”. I will list the links to all the contributions at the end of this post as soon as they are available.

Several years ago I attended a three-week training conference in Georgia for my job. I was warned before I went down there that it was a very “sexualized” environment. The warning was an understatement. While there, it seemed that nearly everyone in my group “hooked up” with someone else. My roommate slept with at least two different girls, and in the morning on my way down for the continental breakfast at the hotel, it was not uncommon for me to see guys coming out of girls’ rooms where they had clearly spent the night.

Due to my position at work, there were certain elements of the training I was exempt from. There was also a female in our group who was similarly exempt, but for different reasons. But we weren’t allowed to just sit around and do anything we want while the rest of our group was out getting trained. No, we had to study together for some other exams which we would take at the end of the three weeks. The instructors put the two of us in a room together for hours on end to read our textbooks, do our research, and quiz each other about what could possibly be on the exams.

At one point during these study sessions, she said, “Do you think that cross-gender friendships are possible?”

Call it sexism, patriarchism, or whatever, but I immediately answered, “No. I do not think so. While they might be possible for women, they are not possible for men.”

Now, the truth is that I had never really thought about the question before. But I knew that in this environment, I needed to protect myself from any possible temptation, and all appearance of evil. The instructors had already put the two of us into a room all by ourselves for hours on end, and there were already numerous jokes and innuendos flying around among our group about what the two of us were really doing while all that “alone time,” and I had no idea what sort of morals, values, or ideas this woman had in her head which would lead her to ask this question of me, but I did not want to take any chances, or to give her the impression that we were friends, or could be “more than friends.” So I cut her off at the pass and said, “No, it isn’t possible.”

But if the question had been asked to me in a different context — such as the context of this synchroblog — would I have answered any differently? Is it possible to have cross-gender friendships?

I suppose that almost anything is possible, but on this particular question, my personal experience says, “No.”

The only “friends” I have ever had who were females, were also girls I was interested in “romantically.” Oh sure, there were some females I did not have any attraction toward, but with whom I enjoyed hanging out with, talking to, and having conversations with, but I never considered any of these my “friends.”

Of course, the best friend I have ever had in my entire life is a woman, and I married her. But we are waaaaaay more than just friends. Enough said about that….

So although I have never really had a good cross-gender friendship which was only a friendship, I am not going to say it is impossible. Although it has not happened to me, I suppose it is possible for men and women to be good friends without either one wanting “something more.” Clearly, it will be this way in eternity, but just as clearly, we are not there yet. Nevertheless, I do think such cross-gender relationships are possible.

But I would add a word of caution, and here is why cross-gender friendships get so difficult. If a marriage is going through difficult times, I do not think cross-gender friendships are a good idea. I have seen too many marriages destroyed because the husband (or the wife) goes to their cross-gender friend to let off a little steam about their spouse, to get a little support and counsel from their friend. When this happens, the friendship becomes more enjoyable than the marriage, and the friend is given more love (even if it is philo – friendship love) than the spouse. Sometimes these friendship lead to affairs, but even when they do not, the person is receiving companionship and love from someone besides their spouse, and this tends to only drive deeper wedges into an already struggling marriage.

I, for one, think that when it comes to married couples, cross-gender friendships are not wise.

But what do you think? What is your experience? If you have a good friend of the opposite sex, how did it develop, and what safeguards (if any) do you put in place to protect your marriage?

This post is part of the February Synchroblog, where a bunch of bloggers write about the same topic at the same time. Many of the people below are “blogging friends” and many of them are female. So does that count as a cross-gender relationship? Ha! I imagine they will have a different take on the subject, so go check out their posts below.