You are here: Home / Debating Inspiration with Myself 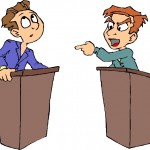 The “Me” from ten years ago would not have agreed with the “Me” from today about the doctrine of the Inspiration of Scripture.

So I decided to debate myself. 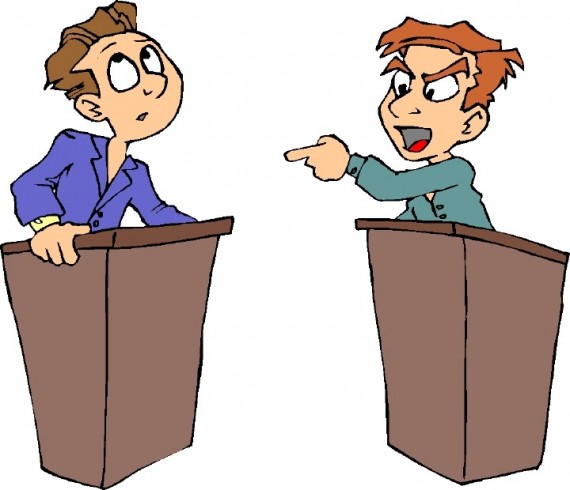 The Old Me from about ten years ago argues for the traditional view of inspiration, and the New Me, who is still trying to figure lots of things out, argues for… well, he’s not really arguing for a view at all. He’s just trying to make sense of the old view, which, the more he thinks about it, makes less and less sense.

Here is the discussion:

Old Me: I believe the Bible is the inspired Word of God.

New Me: That is a great thing to believe. Why do you believe it?

New Me: Well, even if these verses say what you claim (and I’m not convinced they do), a book is not inspired just because it claims to be. Other “holy books” of other religions claim to be inspired. Do you believe these other claims as well?

Old Me: It does, but you have to take it all together. Those verses show that the Bible is inspired, and history and prophecy prove that what those verses say is true.

Old Me: Well, I haven’t studied those religions very much, but I don’t think what you are saying is true. But regardless, even if it is, we need an inspired Bible, because if it is not inspired, we can’t trust anything it says. Where would our authority come from? How would we know what is true?

New Me: Tell me, that Bible you are holding in your hands, is it inspired?

Old Me: Well, it’s the New King James Version. I think it is the best translation, and most accurately presents the words and ideas of the original Greek and Hebrew. And it’s based off the Majority Text.

New Me: You didn’t answer the question.

Old Me: No, this Bible is not inspired. Inspiration really only applies to the original manuscripts written by the original authors. When people like Moses, Matthew, Peter, John, and Paul wrote Scripture under the inspiration of God, God helped them write the Bible without error.

New Me: I would like to see one of these inspired original manuscripts.

Old Me: Well, we don’t actually have any of them. They have long since disappeared. But we have copies, and it is from these Greek and Hebrew copies that we get our translations.

New Me: I see. So the Greek and Hebrew copies are inspired?

New Me: Wait. What? They’re not exact copies?

Old Me: No. Humans made the copies, and errors are bound to creep in over time. But most of the errors are spelling errors and word transpositions and things like that. Almost none of the errors affect any major Christian doctrines.

New Me: You are saying that God guided the copying and transmission of the manuscripts, just as He did with the writing, but that errors still crept in? If so, how do you know that errors didn’t creep in to the original manuscripts, especially since we don’t have them to verify? Furthermore, even if they were error-free, why does it matter, since none of our copies are error-free?

Old Me: You have to understand. If the Bible is not inspired and is not inerrant, then we can’t trust anything it says, and cannot know for sure anything about God, about ourselves, what to believe, or how to get into a right relationship with Him. And besides, we have manuscript evidence which blows Homer and Aristotle out of the water. You see, they take the number of manuscript copies that we have and…

New Me: Okay, okay, okay. You didn’t really answer the question again, and I don’t want to hear about manuscript evidence. Not now, anyway.

Some of this I believe. Some of it I don’t. But regardless, I will concede all of this for the sake of argument.

New Me: Well, here’s the problem. You say that we need all this so that we can know for sure what is right about God, about what to believe and what to do, and about how to get into a right relationship with God.

Old Me: That’s right. Without the inspired, inerrant, authoritative Word of God, we wouldn’t be able to know any of that.

Old Me: How is what going?

New Me: Well, given the fact that we have an inspired, inerrant, authoritative, historically accurate, prophetically confirmed Word of God, how is Christianity doing in knowing things for sure about God, ourselves, what to believe, how to behave, and how to get into right relationship with God?

I assume that since we have inspired, inerrant Scripture, we must have unanimous agreement in all of those areas I just mentioned. Right?

Old Me: Well, no. Actually, there is no agreement on any of these things whatsoever.

New Me: So I don’t get it. You said you needed all those ideas about the Bible so that you could know for sure about these things, but even when you have them, you still don’t know for sure.

Old Me: Oh, I never said that! I know the truth about these things. You asked if there was widespread agreement. There isn’t.

But when it comes to what I believe and how I practice, I am certain about most things. Why? Because there are others who believe the same way I do, and we have the best Bible scholars, and the best seminaries, and the biggest churches, and the most authors, and our missionaries are very active overseas, and we agree with most of the teachings of the church throughout history … at least since the Reformation anyway … and I believe that with time, and a little education of how to really study the Bible, people will eventually see that what I believe is the right way to believe.

New Me: There’s not much I can say to that. I guess I’ll see you in ten years.

Old Me: So I win? I am the winner of this debate!

New Me: Sure. You win. If it is that important to you, you can win.

Old Me: What is that supposed to mean?

New Me: Never mind. Give it about seven years, and you’ll see…