You are here: Home / eBook Publishing is on the Rise 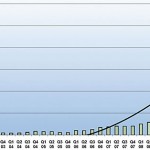 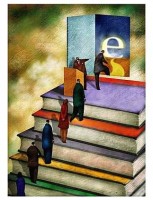 eBook publishing will never fully replace paper book publishing, but over the next decade or so, we will see eBooks gain a much larger percentage of the total books bought and sold around the world.

Check out the following statistics from the Association of American Publishers:

Almost every category of publishing is down, except for eBook publishing, which was up 176%! In 2010, eBook sales totaled $441.3 million. This site only tracks 14 publishers, so eBook sales may actually be twice as high. The LA Times says that total eBook sales were $966 million, and will top $3 billion by the middle of the decade. Amazon reported last year that they are selling nearly twice as many eBooks as Dead Tree Books (or DTB – paper books).

If you want to learn about eBook publishing, now is the time.

In the next post, we will look at five of the benefits of eBooks and eBook publishing.