You are here: Home / Getting Blotted Out of the Book of Life?

Ever wonder what Revelation 3:5 means about getting blotted out of the Book of Life?

While I kind of don’t think there are actual “books” in which God writes people’s names, I do think the symbolism of the Book of Life is important to consider and understand.

First, it is important to distinguish between the Book of Life and the Book of the Living. While the two books are similar in name, I think they are separate books… that is separate “symbols” in Scripture. 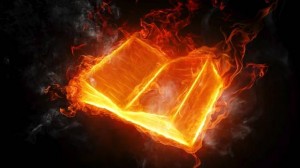 By looking at the ways the two symbols are used in Scripture, it seems that “The Book of the Living” is a way of referring to all people who are alive. So when a person is born, they are in the Book of the Living, and when they die, their name is removed or blotted out from this book (cf. Ps 69:28).

The Book of Life, on the other hand, seems to refer to those who have eternal life, that is, those how have life in Christ. Some evidence for this is seen in the fact that the Book of Life is sometimes referred to as the Lamb’s Book of Life (e.g., Rev 21:27).

Also, it appears that the names of unbelievers were never written in the Book of Life (Rev 13:8; 17:8), and never will be if they die in unbelief.

So Can My Name Be Blotted Out of the Book of Life?

But if the Book of Life contains the names of people who have eternal life, then when Revelation 3:5 talks about blotting someone’s name out of the book of life, does this mean it is possible to lose eternal life?

The reason is that in Revelation 3:5, Jesus is using a figure of speech called litotes. Litotes is a form of understatement, or saying something positive in a negative way.

We use litotes all the time. Let’s say your favorite NFL team this year is the Kansas City Chiefs, who are undefeated. And let’s say they were scheduled to play the Jacksonville Jaguars, who haven’t won a game yet. As the date for that game neared, you might say, “If Kansas City plays like they have been playing, they will certainly not lose this game.” 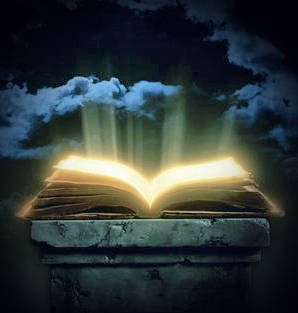 This is an example of litotes. You have stated something positive — that Kansas City will sin — in a negative way: they will certainly not lose. The reason we use litotes is because it helps emphasize the positive thing we are trying to say. In the Kansas City – Jacksonville example, the use of litotes tells us that not only will Kansas City win, but the game will probably be a blowout.

But notice something else about litotes. While litotes states something positive in a negative way, this does not necessarily mean that the opposite statement is necessarily true.

Maybe another example that is not sports related will help.

(And yes, my wife made me an apple pie this week! Thanks, Wendy! I LOVE You!”

This is also how we can understand Revelation 3:5 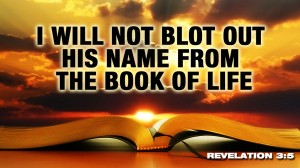 In John 3:5, when Jesus that those who overcome will not be blotted out of the book of life, He is using litotes. If you read through Revelation 2-3, Jesus is pronouncing warnings and blessings to the various churches of Asia Minor, and all the blessings are for those people who overcome.

So in Revelation 3, one of the blessings pronounced on overcomers is that they will not be blotted out of the Book of Life? How is this a blessing? It is a blessing because of litotes; a positive announcement is being stated in a negative way for emphasis.

To turn it around state it positively, Jesus is saying that those who overcome will not only keep their name in the Book of Life because they are believers, but will receive greater blessings from God and greater experience of life with God. That is what Revelation 3:5 means. In fact, even in the verse itself, two of the other blessings that are promised to overcomers is that they will receive white robes and will receive special recognition before God and the host of angels. Again, we don’t know much about these blessings, but they sound spectacular.

Does this help your understanding of Revelation 3:5?