You are here: Home / 4 Reasons God is a Bad Judge 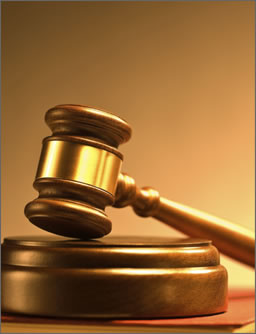 God is a terrible judge. Seriously. If He served in any court in our country, He would probably wind up in prison.

I am not trying to malign God; I am just stating the way things are.

Look at the facts:

1. God is the judge of the world, but the world is in quite a mess.

NT Wright put it this way: “What on earth might it mean today to speak of Jesus being ‘king’ or ‘in charge,’ in view of the fact that so many things in the world give no hint of such a thing?” (Simply Jesus, 55).

Have you looked around the world recently? Does it look like God is in charge? Nope. In fact, for this very reason, many theologians think that God is “in charge” in name only, and that Satan is still the the one pulling the strings. God will not be fully in charge, they say, until the new heavens and the new earth.

Yes, well, though there is some truth in that perspective, the fact of the matter is that most of the New Testament seems to lead us to believe that God truly is in charge, not just in name, but in practice as well. Of course, what does it mean to be “in charge”? Nobody disputes that God is “in control.” What is disputed is, “How?”

Is it absolute control (entailing the loss of freedom), mind control (hardly), crowd control (I like that image), ultimate control (certainly)? Most seem to use the word in the sense of absolute control, and that is deeply unfortunate language (Creation Untamed, 62).

2. It takes God way too long to pass judgment.

And while He waits, the evil persists and grows. People suffer and die. And we begin to think that maybe God didn’t mean what He said.

God pronounced judgment on the people living during the days of Noah (Gen 6:5, 11-13). But he let this evil continue for another 120 years (Gen 5:32; 6:3; 7:6). One wonders how many women got raped during that 120 years? How many people murdered? How many slaves tortured? How many children molested? If “the wickedness of man was great in the earth, and every intent of the thoughts of his heart was only evil continually” (Gen 6:5), imagine the evil that continued to take place during those 120 years?!

Actually, don’t imagine it. It is too depressing and shocking.

This is why biblical writer after writer call on God to act, to judge, to pay attention, to look at the suffering. God says one thing, and we wait for justice to appear, but it never does. God seems to sit idly by while evil goes unchecked and his judgments go unenforced. Which raises the second point.

3. When God does make a judgment, He is way too lenient.

Even when God does pass judgment, it often seems that His decisions are way too lenient.

Sometimes God seems like a parent who just doesn’t want to admit that his child is doing anything wrong. While all the world is saying, “Kill them! Lock them up! Send them away forever!” God gives “slaps on the wrist” over and over, sometimes to the point of embarrassment. He literally lets people get away with murder, and frequently, much worse than murder.

Terence Fretheim writes about the leniency of God this way:

God is more like a parent, openly anguished over what to do about a wayward child. (e.g., Hosea 6:4, “What shall I do with you?” and 11:1-9). What would courtrooms be like if judges were to display such personal anguish and anger? To mix metaphors: if God is viewed as the divine judge behind the bench, remember that God is also the spouse of the accused one in the dock! Objectivity or neutrality goes out the door!

Sure, theologians tell us that a day is coming when all will be set straight and all wrongs will be corrected. But what comfort is for the woman who was raped now, and lives her whole life in shame and fear without ever seeing justice? What comfort is some sort of future retribution for the child who has been abused since birth?

It is none. At least, none I can discern.

There is certainly something about all this that I do not understand with God, but I have trouble figuring out how it will make a little girl feel better when she was raped and beaten continually from the time she was two years old until she died at age 16 to get to heaven and look down upon the earth and see her abuser living a rich life and for God to say to her, “Don’t worry. I’ll discipline him some day. But for now, let him enjoy his steak dinners, his vacations, his fancy houses, and all the other girls he is going to rape.”

4. God allows His judgments to be influenced by people.

God sets out to obliterate everybody in Sodom and Gomorrah, but Abraham gets him to agree to not destroy these cities if 10 righteous people can be found in them.

God decided to destroy Israel for their insolence, but Moses persuades Him to hold off.

God tells Jonah to preach judgment upon Nineveh, but because they show some signs of repentance, He holds off for a couple hundred years while they continue to run roughshod over the entire Ancient World (some repentance that was!).

So it seems that God makes a judgment and then backs off of His decisions when people complain, or when they show the least little sign of remorse for what they have done. What kind of judgments are these if God can be so easily and quickly turned away from what He had decided to do?

One wonders if God would have held back the flood during the days of Noah if the people would have shown some signs of remorse.

What is the solution to all this?

There are only a few things that can be said in the face of all this (seemingly) divine injustice. At least, here is how I try to make sense of it in my own mind.

This is partly why it is so dangerous for us, as mere humans, to pass judgement and condemnation on others. We do not see what God sees. We do not know what God knows. If the only Being in the universe Who knows everything about everybody refused to pounce on people every time they go against His will (and thank God He doesn’t do this with us, either!), who are we to think we can rightly judge and condemn another person based on our extremely limited knowledge of what has happened in their lives? 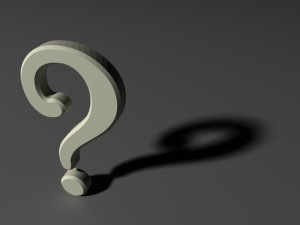 Yes, yes, the law courts and our government must pass judgment. I am not talking about that at all. I am talking about us as individuals trying to sit in judgment on other people about the decisions they have made in their own lives. Look, when we fail in life, we want other people to give us the benefit of the doubt. We see some of the things that have happened to us in life and how these things led us to make bad decisions, which led to even more bad decisions, and sometimes even good decisions which went wrong, so that we ended up doing something terrible. We see some of this in our own lives, and want grace, mercy, and understanding from others. And God, who sees all, gives it. So let us, as God’s people, try to show the same grace, mercy, and patience toward others as we hope they would show toward us.

This isn’t a solution to the problem of evil, but simply a willingness to reserve judgment and trust in the goodness and graciousness of God.

So it seems that the problem is not so much with God, but with our own limited understanding and knowledge. We do not see or know all that God sees and knows.

In the end, it is not exactly that God is a bad judge, as much as He is a merciful and compassionate judge, slow to anger and abounding in love.