You are here: Home / Grilling Your Enemies 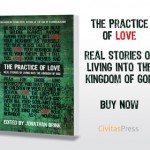 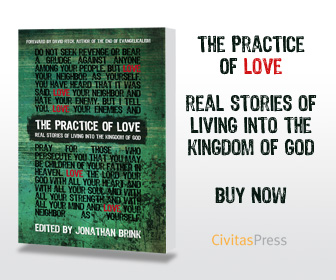 Back in high school I heard a pastor teach about heaping burning coals on the heads of our enemies. I don’t remember what the point of his message was, but the idea stuck with me. I often imagined the people I disliked running around like the headless horseman from The Legend of Sleepy Hollow.

Although I never got the chance to heap coals on someone’s head, later that year, I decided to actually read Proverbs 25:21-22, the passage that contained this idea. And while the passage does talk about heaping burning coals on the heads of our enemies, the way to do this, according to Proverbs, is by giving them food when they are hungry and water when they are thirsty.

That didn’t sound quite as satisfying as striking a match to the hair of my enemies.

But I was still confused about the “coals on their head” part. It clearly wasn’t literal. I mean, I couldn’t very well invite an enemy over for a barbeque and while he has a hamburger in one hand and lemonade in the other, stuff his head into the grill. No, I decided that whatever it meant to heap burning coals on someone’s head, the image must only be figurative. But there was one consolation.

Whatever it meant, it sounded unpleasant.

Eventually, after talking to some pastors and reading some commentaries, I decided it referred to hell. I read the verse as saying that if I was nice to my enemies now, but they didn’t believe in Jesus as a result, their future experience in hell would be much worse. And that’s how I lived this verse.

I acted nice to my enemies hoping that by doing so, they would roast and burn in hell forever. That my kindness to them would make their experience in hell that much worse. I wanted to grill my enemies, and if I couldn’t do it, I hoped God would.

Several years ago, I found out how wrong I was. Not only was my attitude not reflective of the heart of God, but I had horribly misunderstood Proverbs 25:21-22. God does not want us to love our enemies so that they experience more of His wrath. He wants us to love them with extravagant generosity so that they see in us the love and grace that God has for them.

The story about how I came to learn this and what Proverbs 25:21-22 actually means, are recorded in the recently released book, The Practice of Love. Get your copy today!

Below are some of the other contributors to this book, and what they have written today about The Practice of Love.