You are here: Home / Guest Posts for my Blog 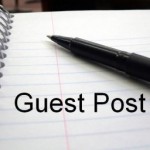 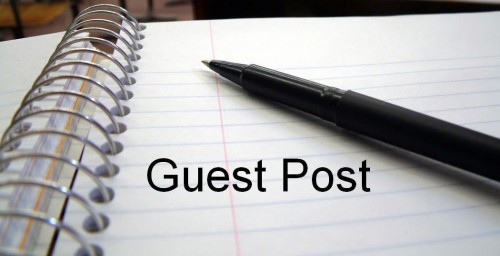 While we do accept Guest Post Submissions for the Redeeming God blog, we are moving away from publishing guest posts from random contributors, and are instead focusing on building community within our regular readers. This means that we will only consider guest posts from people who are active in the comment section and membership section of this blog. So if you want to get published on RedeemingGod.com, start by registering as a member, reading some of the blog posts, interacting with others in the comment section, and generally just contributing to our online community.

By writing a post for this blog, your name and content will appear before thousands of readers and blog subscribers. Many of these will visit your blog, and subscribe to your posts as well. Click here to see what other Guest Bloggers have written.

If you would like to write a Guest Post for the RedeemingGod.com blog, the guidelines are below.

Now, on to the guidelines for writing Guest Posts for the Redeeming God blog.

At Redeeming God, we seek to bring Scripture and Theology to Life so that people are freed from the shackles of religion. This means that your post should explain a Scripture passage or theological topic in a fresh way which challenges the status quo, or applies the truth of to life in a fresh way. Cultural background studies and historical insights into Scripture and theology which bring new perspectives on familiar topics are also welcome.

If you are not sure you want to write about Scripture and theology, we also accept personal stories of how God has led you into unexpected directions, new areas of mission and ministry, or taught you something you never imagined you would believe.

If you can write a post in one of these areas, read on for the submission guidelines.

Note: We do not accept any sort of product advertisements or sponsored posts.

Your post must be original and not previously published either on the Web or in print. You can, of course, rework something you have published elsewhere, as long as you provide a link to the original source so I can compare the two articles.

You agree not to publish your post anywhere else, including your own blog or Web site. You still retain the full rights to your content, but since search engines frown on duplicate content, we do not want your post to appear in multiple locations.

Once your post goes live here, you may publish a summary of your post on your site that invites your readers to interact with the post here.

Your post should be at least 300 words long and no more than 800 words.

You may want to read “9 Ways Become an Exceptional Guest Poster” by Darren Rowse. He contains some very helpful tips to maximize your post.

I might perform some minor edits on your post for grammar, punctuation, spelling, etc. In the unlikely event that I make substantive changes, I will email the post back to you for your approval before posting.

I might also provide a short introduction or conclusion to your post to provide context or the rationale as to why I think the post is important. I will make sure that my comments are set off from yours stylistically, so that my readers are clear that these are mine and not yours.

I will always add at least one picture to the post as well. If you have a picture you would like to see included, please send it with the email, or provide an exact link to where the image can be found. Make sure any images you send are not under Copyright.

I understand the work that it takes to write a blog post. However, the fact that you have written a post and submitted it to me does not obligate me to publish it. The only guest posts I will publish are those that in my sole judgment add value to my readers.

Furthermore, if I do not approve your guest post, I will not explain why I did not approve it or provide any detail. This would take more time than I can afford.

Also, please confirm that you are willing to respond and interact with the people who comment on your post. This is mandatory for all my Guest Posters.

If I choose not to publish your post, you are obviously free to do whatever you want with it, including publishing it elsewhere.