You are here: Home / z / If you think I am a lying heretic, let me help you out…

One downside to having the “Ask a Bible and Theology” question section on my sidebar is that some people feel it is an invitation to send me hate mail.

Ever since I put it up, I get a few nasty messages every week from people who think I am a lying heretic leading poor lost souls to the pit of hell through false teaching and heretical ideas.

Usually, they want to engage me in a back-and-forth email debate. Often, I get the feeling that if we lived in a different century, they would want to put me on the rack or give me up to the flames to burn the error from my soul. 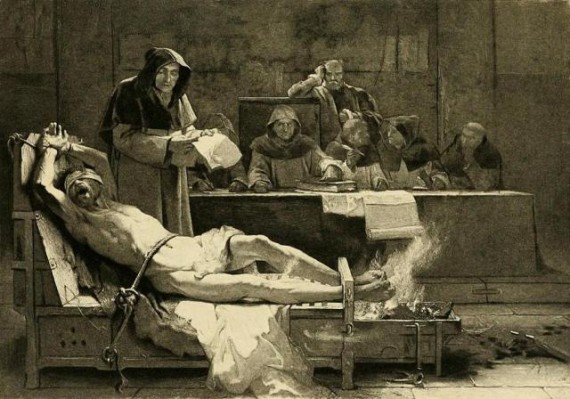 Here is one such email I got last week:

Jeremy I am a very well educated theologian and I am personally challenging you to Scripturally support the LIE in which you propagate upon immature Believers.

Scriptural proof is one thing but personal IMO’s are of little theological value.

Once again – I am here should you want to defend you LIES.

I have neither the time nor the desire to engage in fruitless email debates with people like this (or to point out his grammar mistakes).

However, people are entitled to their opinion, and I fully admit that there are areas of my theology which need correction.

So, if you think I am a lying heretic leading immature believers astray, let me help you point out my error. Take these two steps.

If you include a link in your blog post to my blog post you are refuting, I will get a notification in my blog that you have written this blog post, and I can come over and read your post to learn about my many errors. If you make good points, I may even comment, or notify my blog readers that I am changing my views because of your compelling Scriptural and theological arguments.

I am so serious about this, I am willing to help you start your blog for FREE. Learn more here about starting your own blog.

I just checked, and these domains are currently available: