You are here: Home / Why is Jesus delaying His Return?

A reader sent in this question about Jesus’ statement in John 14:2, “I go now to prepare a place for you.” The reader wants to know why Jesus is delaying His return. Here is the question:

If Jesus is all powerful, why does he say, “I go now to prepare a place for you”?

On a related note, I remember watching old movies when the white colonialist looks down on natives who believe their God will return and thinks they’re simple; but isn’t that what we are doing when we say Jesus will return?

Also, I’ve sometimes heard people say that the reason Jesus is waiting to return is because He wants to save more people, but if that is true, why doesn’t He just wait forever?

Does Jesus Need Time to Prepare a Place for Us?

First, the reader is right to think it strange that Jesus requires time to go prepare a place for us. I have sometimes heard preachers say this: “It took God six days to create the universe; so far, Jesus has been preparing a place for us for 2000 years! Imagine what a place it will be!” 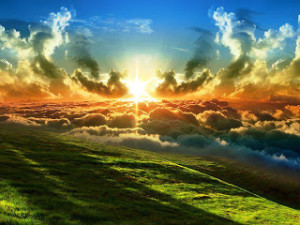 Well… that preaches…. but is it true? The person who sent in the question is right. Technically, if God is omnipotent, that is, if He is all-powerful, then He didn’t even need six days to form creation. He could have done so with a snap of his divine fingers. For reasons which I won’t get into here, God chose to form and fill creation through a much slower process than simply by snapping His fingers. I don’t care whether you think it was over six days or six-billion years, creation was not instantaneous.

So there is a reason God takes time to accomplish His will. And whether it takes six days or 2000 years, I don’t think we can say that the amount of the time which passes has any bearing whatsoever on the complexity or beauty of the work that God is doing. So we can’t say that the delay of Jesus to return is evidence that the place he is preparing for us will be exponentially better than the place we have now. I think it will be better, but not because of how much time it is taking… time has nothing to do with it.

So why is it taking so long for Jesus to return? I want to explain this statement in more detail (which I will do in tomorrow’s post), but let’s temporarily move on to the second and third questions sent in by the reader.

The reader asked about white colonialists looking down on natives who believed that their god would return, and asked how this is any different than the Christian belief that our God will return.

I do admit, on the surface, it does seem rather strange, though I never made the connection with the colonialists. For me, the promised return of Jesus always reminded me of the prophesied return of King Arthur. You know… King Arthur and his knights of the round table. Did you know that there are predictions that King Arthur will come again? Most everybody scoffs at the idea, realizing that it is just part of the legend that surrounds the stories of King Arthur.

But this is how many non-Christians view the Christian belief that Jesus will come again. None of us think that King Arthur will come again, so why do we believe that Jesus will? The short answer is that unlike King Arthur, Jesus was God incarnate, and Jesus rose from the dead. This answer is not satisfactory to people who do not believe the Scriptural accounts about Jesus, and to them I recommend N. T. Wright’s book, The Resurrection of the Son of God and the book by Paul Eddy and Greg  Boyd, The Jesus Legend. Both of these books do a masterful job showing how the Gospel accounts of the life, death, and resurrection of Jesus are historically reliable. No other explanation really makes sense.

And yet, I think it was wrong for the colonialists to look down on the people among whom they worked. I think that the natives were right in their belief that God would return, but only slightly wrong in the identity of this God. The colonialists should have affirmed and praised the people for their belief. The desire to reconnect with God and be restored into relationship with Him is a universal belief, and is something which God has placed in the hearts of all people.

But let’s move on to the third question…

Is Jesus Waiting for the Full Number of Gentiles to Come In?

Sometimes it is taught that the reason Jesus hasn’t returned is because He is waiting for the full number of Gentiles to come in. This idea comes from Romans 11:25, where Paul writes something along these lines. 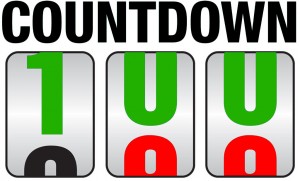 Again, I have often heard it taught that there is this big heavenly scoreboard in heaven which is counting down toward zero, and every time a person believes in Jesus for eternal life, that countdown gets closer to zero. When it finally does reach zero, Jesus will return. When I have heard this preached, the audience is always told to go out and evangelize and witness to their friends and neighbors, because you never know if all of heaven and earth is just waiting on you to tell your neighbor about Jesus because they are the final Gentile to be brought in.

I am not going to say anything about this. I think this sort of teaching is manipulative and puts lots of people on guilt-trips, and causes people to think that the only thing that matters is preaching the gospel to our neighbors, and getting another notch on our evangelism belt (or dropping another number off the divine scoreboard), rather than actually getting to know our neighbors and love them like Jesus.

A proper understanding of what Paul is saying in Romans 11:25 would require a detailed study of Romans 9-11, something I am not going to tackle here. But suffice it to say for now, I don’t think it has anything to do with a divine scoreboard in heaven. Our evangelism efforts do not speed up or delay the return of Jesus Christ.

Once we properly understand what Jesus meant when He talked about going away to prepare a place for us, and what He meant when He said He would come again, I think we will see that our job as Christians right now is not just to sit at the bus station waiting for Jesus to come pick us up and deliver us from this sinful earth so we can go to the divine paradise club in heaven. That, I think, is a big lie… but we will look more at that tomorrow.