You are here: Home / Get Rich Quick: Start Your Own Religion 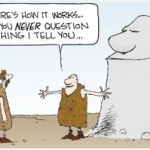 Have you heard the story about a man who wanted to become rich and powerful? At first, he tried to coerce people into following him, doing what he said, and giving him their money.

But they would have none of it.

“Who put you above us?” they asked. “We are all equals here.”

One day, the man had an idea. He went out into the woods, and wrote a book. In this book, he wrote that God gave him special authority and power, and the people must follow him, obey him, and give him their money. To make sure that the people did not argue, he included several statements throughout the book that it was written by God and came from God.

Initially, the people were skeptical, but over time, more and more people believed, until eventually, the whole town was convinced that this man and his book were from God and had the right to rule and control every element of their lives. They followed his teachings, did what he said, and gave him their money, just as he always wanted.

Does this story sound familiar to you?

The Story of Every Religion

That’s because this story is one way of looking at the development of every religion on earth.  I think sometimes that the initial founders of various religions might actually believe what they are saying, but sometimes I wonder if they just invented their teachings so they could become rich and powerful.

Often, as indicated in the story above, religious writings “sent from God” are the central tenant of these religious leaders, and provide them the “proof” they need to sway the masses. And without fail, these books always have mysterious beginnings.

Some fall from the sky out of heaven. Or golden tablets are found buried in the woods. Or God (or one of his angels) appears to the man in a dream or vision and tells him what to write. Or the man goes up on a mountain and comes down with stone tablets. 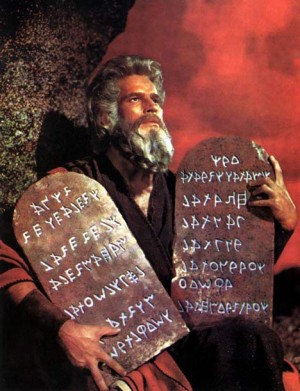 Did I just throw Moses in there?

Surely this story is true of other religions, but not Christianity… Right?

Other religions have “fake” Scriptures, but ours are truly inspired… Aren’t they?

The Bible is the only Word of God… Isn’t it? 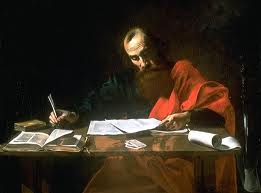 We are now entering into questions about a doctrine called The Inspiration of Scripture.

Briefly, it teaches that unlike other Holy Books of other religions, the Bible is the truly inspired Word of God, that somehow or another, along with human writers, God is the author of the Bible.

And we are going to look at this doctrine over the next week or so.

By the time all is said and done, some of you may be calling me a heretic.

But guess what? I think that we will see that if there is any heresy here at all, it might be found within the doctrine of inspiration itself. But don’t call out the firing squad just yet. Despite what I just said, you might be surprised where I end up.

I know I will be…