You are here: Home / The post is perfectly inerrant

In Bible college and seminary, I always found it strange that one of the primary reasons given for divine inspiration and the inerrancy of Scripture was “because the Bible says so.”

I always thought…. “Really? We know the Bible is divinely inspired because the Bible says so? We know it is inerrant because it claims to be?” This is not a compelling argument…

Anyway… I am obviously not the only one who has noticed this. Here is a little image I found online last week which pokes fun a the same idea: 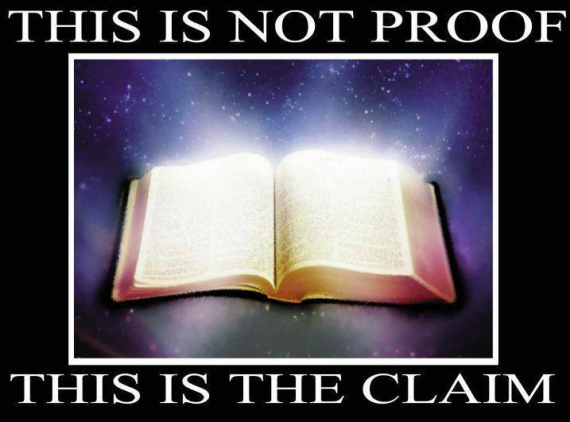 Whether you believe in inerrancy or not, invite others to react to this image by sharing it using the buttons below… Thanks!