You are here: Home / What if the Bible is a Myth? 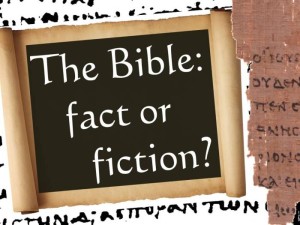 This month’s synchroblog challenges us to ask the question: “What if some or all of the biblical narrative is not necessarily true history, but is myth of one sort or another?” In other words, what if the Bible is a myth?

I have considered a similar question before: What if Jesus Did not Rise? and my answer to whether or not the Bible is myth follows the same logic as in that post.

If the Bible is a Myth, it is a TRUE Myth

I believe that even if the entire Bible is a myth, it would be truer than most historical facts.

Some people say that the Bible is nothing but a myth, but there is no such thing as “nothing” but a myth.

Any good story is far more powerful to change lives and direct history than the most provable scientific or theological fact. This is one reason the Bible is a story rather than a book of theological facts.

If the Bible is a myth, then we have no way of knowing if there is a God, or what happens after death, or how humanity came into being. (Even with the Bible, the answers to those last two questions are anything but certain.) If the Bible is a myth then while a man named Jesus might have lived, he probably certainly was not God, and while he might have died as a criminal on the cross, he most likely did not rise from the dead.

And if all of that could indisputably and unquestionably be verified as historical fiction, if it could be undeniably proven that the Bible is a myth, then you know what I would do? I would shrug my shoulders, and continue living as I have been.

Let me put it another way. Would you say that Aesop’s Fables are true?

Well, of course they are true! But they are not “true” in that they did not actually happen in recorded history. In that sense, they are “myths.” They are “fables.” But they are some of the truest fables ever told for they provide insights into human activity, provide guidance on proper living, helping the reader make right choices.

Even if the Bible is a myth, it would function in a similar way.

The Bible is True, but HOW is it True?

The Bible is true, not so much because it is fact (which I believe to be true), but because it does what it claims to do, that is, change lives for the better. If you look at the history of humanity, the cultures and eras where lives have been affected most positively for the good are the cultures and eras where the Bible has been taught and followed.

Oh sure, there is great evil that has been done because of the Bible as well, but that is true of every holy book in existence, so in that regard, the Bible as a myth would be just like is just like any other myth-filled religious literature. 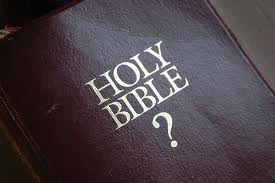 But when it comes to the positive benefits that have come to the world, it is an indisputable fact that great advances in medicine, science, equality, health, art, music, prosperity, longevity, and numerous other positive traits have existed most where the Bible is taught and followed best. And as cultures that have the Scriptures begin to abandon them (as is happening in Western culture), that society begins to degenerate once again toward lawlessness.

If the Bible is a myth, it would be the truest and most helpful myth ever written, and I would still read it, study it, teach it, and try to follow it… especially the parts about Jesus, for He (even if he didn’t really exist) represents the truest way to be human.

Everybody recognizes that Jesus was a great teacher, and lived an exemplary life, even those who do not believe the Scriptures are true. Even atheists say that Jesus was a good man and provides a great example for people to follow. People who hate Christians and despise the church, still love Jesus and what He stood for.

So what would change in my life if it turned out that the Bible is a myth? Nothing!

This post was part of the April Synchroblog. Here is a list of other contributors. Go check them all out!