You are here: Home / Redeeming Theology / Giving up the Wild Goose Chase 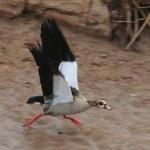 I don’t know much about the Holy Spirit.

And I think that’s the way God wants it.

I used to think I knew a whole lot more than I think I know now. 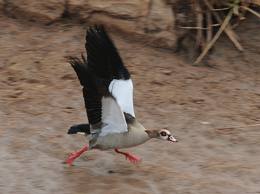 It’s funny how that happens. Just when you think you’ve got God all figured out, He shows up and turns it all upside down. This is especially true with the Holy Spirit.

So I know less today then I knew ten years ago…you know, back when I had all the answers.

Don’t get me wrong. I tried to hold on to God. I tried to keep Him boxed up and tied down. When I felt Him slipping out of my grasp, I tried to corner Him.

But I found that the more I chased, the faster He ran. The more I tried to trap Him, the slipperyer (try saying that 10 times) He became. God’s tricky that way.

It’s like trying to catch a fish with your bare hands. Have you ever tried it? The more you move, the further away they swim.

Or if not a fish, have you ever chased a duck around a yard? Or a goat in a field? They don’t want to be caught, and the more you run, the further away they get.

But you know what? Though you cannot chase after a fish, a duck, or a goat and catch one (most of the time), you can get them to come to you. How? By being still. Moving slow. And offering something that they want.

I caught a fish in a butterfly net last week by standing quietly in the water, and putting a few crumbs of bread out. Rather than the fish running from me, they swam toward me, and in fact, swarmed me. I was able to catch them with just a little net. The same thing often works for ducks and goats. Sit still. Be quiet. And offer them something they want, and they will come around to you, without you having to take a step.

So as I try to get to know the Holy Spirit, I am learning just to sit still and be quiet. I haven’t yet figured out what He wants, but at least He’s not running away from me anymore. And I have a sneaking suspicion that what He wants is me. 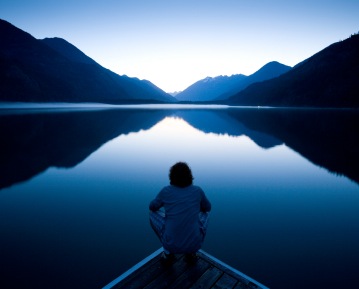 This post is part of the July Synchroblog. Here are the links to the other participating bloggers: