You are here: Home / Redeeming Theology / 10 Reasons Why I Never Argue Theology

This is a guest post by Sam Riviera. He spends most of his time and energy caring for others in his community so that through his life and actions they might see Jesus. He also makes some of the best cookies you have ever tasted. 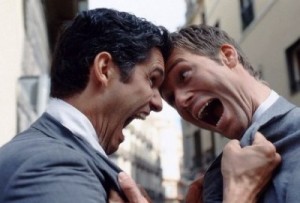 Does Our Theology Define Us?

Have we ever said “What those people believe is wrong!  We believe what the Bible says.”

“Those” people might say the same thing about us.

We organize our beliefs about God, religion and what we think the Bible says into a system we suppose is consistent and call it our theology.

Does Our Theology Unite Us or Divide Us?

But we all know that probably none of us agree on everything.  With that in mind, here are ten reasons why I never argue theology with anyone:

Why do you avoid arguing theology?

Do you love discussing theology?  Why?