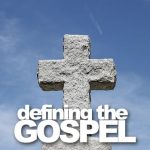 The Gospel in 1 Corinthians 15

Paul writes that he is going to reiterate to them the gospel he preached when he was among them, which they had received, and in which they still stand. All of this is very similar to the language he used in Galatians 2.

The dilemma with what Paul writes, however, comes in the second half of 1 Corinthians 15:2: “…by which also you are saved, if you hold fast that word which I preached.” By this, many believe that Paul is explaining what is necessary to believe in order to receive everlasting life.

But note that if this is what Paul means then the last part of verse 2 (“unless you believed in vain”) implies that if a person doesn’t persevere in holding fast to the gospel, then they either lose their salvation or never really believed in the first place. If Paul is defining what a person must believe in order to be justified, then apparently, they have to continue to believe it to stay justified or prove themselves justified.

The only other option is to recognize that the word “saved” is not referring to going to heaven when you die, but is similar in meaning to how Paul used the word in Romans 1:16-17.

The word saved means “delivered,” and context determines what we are delivered from (see Salvation: The Most Misunderstood Word in the Bible). The word “saved” in 1 Corinthians refers to being “healthy” or blameless at the Judgment Seat of Christ (cf. 1 Corinthians 1:18, 21; 3:15; 5:5; 6:19). The word “saved” in 1 Corinthians is not about escaping hell and go to heaven when we die (It almost never means this in the Bible). Instead, it is about believers living in such a way so that when they stand at the Judgment Seat of Christ (a judgment for believers only), they receive praise and commendation from Jesus for a life well lived.

So the gospel Paul defines in 1 Corinthians 15 is a message for believers to help prepare them for the Judgment Seat of Christ.

This passage is not about the essential elements that must be believed in order to receive everlasting life. This is not a passage for unbelievers.

Rather, 1 Corinthians 15 contains essential discipleship truths which affect our sanctification as believers and how we use the power of God in our lives (cf. 1 Corinthians 1:18).

What if 1 Corinthians 15 IS for non-Christians about how to receive eternal life?

Nevertheless, some still want to use 1 Corinthians 15 as a central passage for the gospel that must be presented to unbelievers so they can receive eternal life. So for the sake of argument, let us briefly assume that such a view is correct.

Let us assume that Paul is talking about essential “evangelistic” truths that a person must believe in order to receive everlasting life. In this view, 1 Corinthians 15:3-4 delineate what these essentials are. Paul writes, “For I delivered to you first of all that which I also received: that Christ died for our sins according to the Scriptures, and that He was buried, and that He rose again the third day according to the Scriptures.” 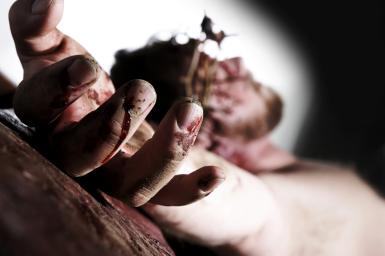 Some might add a fourth element on the top of this list which is implied by Paul but not stated explicitly, namely that we must also believe we are sinners. The logic is that since Paul writes that Christ died for our sins, people must first believe that they are sinful before they can believe that Christ died for their sins. Fine. Let us give the benefit of the doubt, and allow this implied truth of the gospel as well.

But this approach leads to some serious problems about Paul’s definition of the gospel.

For example, who within Christendom does not believe these three (or four) truths? Sure, there might be a few liberal pastors and scholars who deny that we are sinners or argue that Jesus didn’t actually rise from the dead, but for the most part, these three (or four) truths are known, accepted, and believed by just about everybody who bears the name “Christian.” Even the “non-evangelical” fringe groups such as Mormons and Jehovah Witnesses believe these things.

Let me put it another way: What if someone believed they were a sinner, that Jesus died on the cross for their sin, was buried, and three days later He rose again from the dead, all in accordance with what Scripture says, but at the same time, believed that Jesus was only human, was not born of a virgin, and sinned just like the rest of us?

Has this person understood and believed the biblical gospel? Of course not! But nothing that Paul says here indicates anything wrong with these other beliefs.

Furthermore, it would be possible to believe everything Paul states in 1 Corinthians 15:3-4, but also believe that we still had to live a life of good works in order to make it to heaven. Has such a person understood and believed the gospel? I would say “No,” as would most evangelical pastors and authors.

Some pastors and Bible teachers recognize this dilemma, and so they add some ideas to what Paul mentions here to help clarify the gospel. They argue that although Paul does not mention these other items here in 1 Corinthians 15, he does mention them elsewhere, such as in Galatians 2 and Romans, and so these other elements can be safely added to Paul’s list of essential gospel truths.

Of course, as soon as people start to go outside of 1 Corinthians 15 to add elements to the gospel, there is no consistency in which elements people start adding. Some Bible teachers will add elements about the deity of Jesus and the necessity of justification by faith alone apart from works. Others will include the sinless life of Jesus, His virgin birth, His atonement, and whatever other “essential” gospel truths they think are necessary.

But as soon as we start adding things to the list of what a person must believe in order to truly have everlasting life, there is no rational stopping place. It is all subjective to how much doctrine you want to throw into the mix. Some will have three essentials, another will have five, while someone else will have eight or ten.

And of course, all of these truths can be shown to be essential to the “gospel” since all of them, in one place or another in the New Testament are included in the gospel. 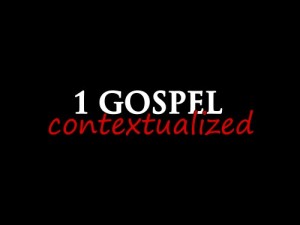 This arbitrary practice of augmenting Paul’s definition of the gospel in 1 Corinthians 15 proves that Paul is not defining the gospel after all. He is including some of the essential truths of the gospel, but by no means is he including them all.

So if 1 Corinthians 15 defines what a person must believe to receive everlasting life, not only must we include the death, burial and resurrection of Jesus Christ, but also the appearances of Christ to Cephas, then the twelve, then to over 500 at once, then to James, then to the apostles, then last of all to Paul.

The only available solution to this problem is that Paul is simply mentioning some of the elements of the broader gospel in order to make a particular point to the believers in Corinth. And what point is that?

Toward this goal, Paul provides some specific truths from the multi-faceted and all-encompassing gospel which will help them understand that the bodily resurrection of Jesus proves that all believers in Jesus will also be bodily resurrected in the future.

So while the gospel truths of 1 Corinthians 15 can be shared with unbelievers, the truths Paul mentions are primarily directed toward believers, to encourage them to live lives by faith in the Son of God and follow Him in love, service, and self-sacrifice so that we will be spiritually healthy, strong, and bold when we stand before Jesus at the Judgment Seat of Christ.

Do you see what this scholar is saying about the gospel? The gospel is not just the content of what is preached, but is also everything God has done for the world in the incarnation, death, and resurrection of Jesus, including the act, process, and execution of the proclamation. The gospel is good news for everybody, whether Jew or Gentile, believer or unbeliever, regarding the benefits and blessings which come to us from the person and work of Jesus Christ.

And while different biblical authors seem to have different gospels, all they really have is different elements which they emphasize in the one all-encompassing, multi-faceted gospel of Jesus Christ. The gospel contains everything related to the person and work, of Jesus Christ, including the events before, during, and after His incarnation.