When the terrorist attacks of 9/11/2001 occurred, I was a pastor of a small church in Montana. My theology was somewhat different then than it is now, and so shortly after these attacks, I preached a sermon about prophecy and the End Times in which I said that the governments of the world would eventually use the threat of terrorism to force everybody to accept the “Mark of the Beast.”

I said at the time that the Mark of the Beast would probably consist of some sort of microchip implanted into a person’s forehead or hand which would not only allow people to be tracked, but would also allow people to buy and sell.

While such microchip implants would initially be optional, I said that as the threat of terrorism rose, and as governments wanted to track what people bought and sold, these implanted microchips would become mandatory. They would completely replace credit cards and cash.

So anyway, I was interested to read last Saturday about plans to create and market implantable microchips. Here is a quote from the article at Fox News:

You can inject one under your skin and no one will ever notice. Using short-range radio frequency identification (RFID) signals, it can transmit your identity as you pass through a security checkpoint or walk into a football stadium. It can help you buy groceries at Wal-Mart. In a worst-case scenario – if you are kidnapped in a foreign country, for example – it could save your life.

Microchip implants like the ones pet owners use to track their dogs and cats could become commonplace in humans in the next decade. Experts are divided on whether they’re appropriate for people, but the implants could offer several advantages. For soldiers and journalists in war zones, an implant could be the difference between life and death. A tracker could also help law enforcement quickly locate a kidnapped child.

Interestingly, NFL players will all have RFID chips in their shoulder pads this year to help people track their movement, speed, and location on the field. I have often thought they should put one in the footballs so that they no longer have to bring out the chains to see if the teams got the first down or not. They could just track the ball’s precise location.

Some have even pointed out that an early version of the Affordable Care Act included a provision for RFID chips. This section was not included in the final draft of the law which Obama signed, but it does show that some people are thinking about it. Here is the NBC Report:

And while I cannot predict what will be in this new Apple iWatch which is rumored to be unveiled on September 9, I would not at all be surprised to learn that it has RFID (radio frequency identification) and/or NFC (near field communication) capability. Such RFID and NFC enabled devices can open locked doors as you approach them, start your car, communicate with your phone, instantly provided healthcare professionals with your health history, help you buy your groceries, or even accept payment from your customers.

The primary drawback to this, of course, is if someone steals your watch.

So what is the solution to this? Easy! Make it “unstealable” by implanting the microchip under your skin. It will not to be too much longer before Apple comes out with the iChip (or something similar). A company called VeriChip is already manufacturing and implanting similar chips.

The United Nations has a stated plan to issue Biometric IDs to everyone in the world by 2030 … This plan is backed by 193 world leaders and the World Bank. Hmm…

Anyway, all of this leads me up to my question… Please feel free to answer them in the comments below!

If a company produces an implantable microchip such as the one described in that Fox News article above, would you get one? Why or why not? If, in response to the threat of terrorism and the need for tax income, the government required all citizens to get an implanted chip, would you do it? 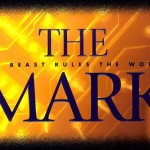