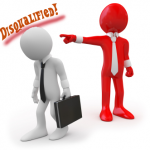 In 1 Corinthians 9:27, Paul writes about his fear of being disqualified by God. Does this mean that Paul thought that he could lose his eternal life?

When I was in High School, I had a teacher who read 1 Corinthians 9:27 in class (I attended a Christian school), and said that all of us need to be careful how we live our lives, or else we could end up in hell if we disobeyed God. 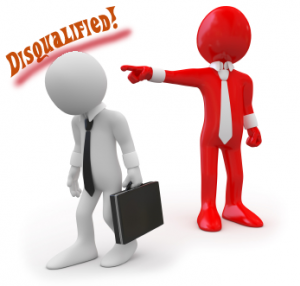 She said, “Look at Paul! He was an apostle. He wrote a large amount of the New Testament. He was the greatest missionary the world has ever seen! But even Paul was afraid that if he sinned, he would go to hell when he died. We should all be concerned about the same thing!”

Is this right? Is this really what Paul is saying in 1 Corinthians 9:27? Here is what he wrote:

But I discipline my body and bring it into subjection, lest, when I have preached to others, I myself should become disqualified (1 Corinthians 9:27).

So was Paul afraid that although he had loved and served Jesus for many years, if he messed up late in life, he might end up being eternally separated from God?

The short answer is No. Let me explain why.

(Note: The following article is drawn from what I teach in my “Gospel Dictionary” online course. This comes from the lesson that looks at the word “approved.”

The key term in 1 Corinthians 9:27 is “disqualified”

The key term in 1 Corinthians 9:27 is the word “disqualified” which is the opposite of the word “qualified” or “approved.”

The Greek word used in the biblical texts which use this word is dokimos. The word approved is a good translation of this Greek word, but it can also be translated as acceptable or pleasing. 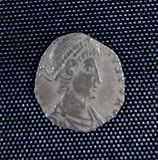 What is most important is that the word was often used in connection with money. The ancient world did not have paper money, but used coins as currency. The precious metals used for these coins were melted down and poured into molds. Once the metal cooled, the coins would be put into circulation. Some people, however, would shave the edges off these coins so they could take the shavings and make additional coins.

But since the coins were valued based on weight, such a practice would reduce the value of the coins that had been shaved. This was such a problem that during one year in Athens, over 80 laws were passed to try and stop the practice of coin shaving.

You didn’t want to get cheated by being paid with coins that contained less silver than they were supposed to. This person who examined and weighed the coins was called a dokimos, an approver. A dokimos made sure that only coins of the proper weight were kept in circulation (cf. Gen 23:16; Zech 11:13).

This helps us understand several of the New Testament texts where God is described as the dokimos of men.

God is the weigher of men, the one who make sure that we are not cutting corners, taking shortcuts, or cheating others.

The problem with this word as it relates to the gospel is that some people teach that God’s approval has something to do with whether or not we receive eternal life from God.

But this is not what the word means at all.

Due to this, “useful” is a good synonym for the Greek word dokimos.

So what was Paul teaching in 1 Corinthians 9:27?

First Corinthians 9:27 is sometimes quoted to show that not even Paul was certain that he would go to heaven when he died. Paul writes that he keeps close watch over his body so that he does not end up disqualified (adokimos).

I remember listening to a sermon not long ago in which the pastor said that if even the Apostle Paul could not know for sure that he had eternal life, it was the height of arrogance to believe that we had it. All we can do, this pastor taught, was try our hardest and hope that when we stood before God, we discovered that we had done enough.

Thankfully, that hopeless message is not what Paul is teaching at all. 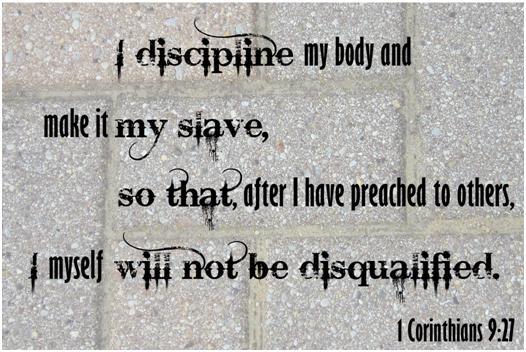 In context, Paul compares his ministry to that of a runner who seeks to obtain a prize. The prize that people compete for in a game is a perishable crown, but we seek an imperishable crown. Toward this end, Paul runs with certainty, not with uncertainty (1 Corinthians 9:23-26).

In the following context, Paul gives the example of people who were disqualified. He writes about some of the Israelites who had all the same blessings and benefits as everyone else, but who died in the wilderness (1 Corinthians 10:1-12).

The point in the entire context is not about receiving eternal life or going to heaven when Paul dies, but is instead about being faithful and useful to God in what God wants to accomplish in Paul’s life. The prize is not eternal life, for eternal life is a free gift of God.

The prize, or the crown, is significance in the Kingdom of God, blessing in his life and ministry, and praise from God when he stands before Him for a life well-lived in His service.

Since Paul desires to continue his ministry, and to run in a way that is pleasing and honoring to God, he runs with care and perseverance.

The same thing is true for your life. Being disqualified does not mean losing eternal life, but losing your ministry, or your opportunity to serve God in this life. It is these things Paul could lose, and which any of us can lose as well if we fail to love, follow, and obey God.