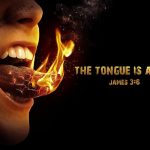 In previous studies, we have looked at the words sheol, gehenna, abyss, tartarus, hades, the ‘outer darkness‘ and the Lake of Fire. In each case, we have seen that none of these words describe a place of everlasting torment for unbelievers in a place of burning fire.

Does James 3:6 teach that your tongue can send you to hell?

And the tongue is a fire, a world of iniquity. The tongue is so set among our members that it defiles the whole body, and sets on fire the course of nature; and it is set on fire by hell (James 3:6). 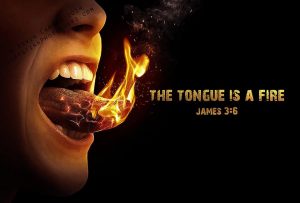 Since the book of James is likely one of the earliest New Testament writings, James is heavily reliant upon the Hebrew Scriptures. And since James was a leader in the Jerusalem church and a half-brother to Jesus, he seems to base his letter upon the teachings of Jesus in the Sermon on the Mount.

Therefore, what he writes about fire and hell is extremely important for understanding the overall imagery of these terms in the Bible.

In other words, the image of fire and hell in James can be used to help us understand how references to fire and hell are to be understood in the rest of Scripture.

According to Brad Jersak, who wrote the Foreword to my new book on hell, the imagery of fire and hell in James 3:6 is a definitive text for understanding both terms and how they were used by Jesus and the early church.

Jersak writes that the hell (Gk., gehenna) imagery in James 3:6 reveals that hell is not a destination to which people go after death, but rather the source of the flames that set the tongue and this world on fire.

And since the tongue itself does not actually burn with flames, nor do words literally set our lives, or the lives of others, on fire, this imagery too is symbolic of the devastation and destruction that the tongue can cause in a person’s life.

What then is hell?

Hell is a kingdom of darkness and destruction that is set against the kingdom of heaven in this life.

The two kingdoms are at war with each other, and while one brings light and life, the other brings death and devastation.

So James 3:6 is a key interpretive text for the fire and hell imagery of Scripture, and it reveals that neither are referring to a place of literal flames in the afterlife for the unredeemed dead, but instead refer to the devastation and destruction that can come into our lives when we stray from the values and principles of the kingdom of heaven.

The “fire” is not a place of burning and torture in the afterlife, but an experience of death and devastation in this life.

However, some of this fiery devastation and destruction might come upon believers at the Judgment Seat of Christ, which is what James warns the rich about in James 5:3. So let us also consider this text…

Does James 5:3 teach that rich people will go to hell?

Your gold and silver are corroded, and their corrosion will be a witness against you and will eat your flesh like fire. You have heaped up treasure in the last days (James 5:3).

This passage is frequently cited by those who think of hell as eternal conscious torment, because James portrays a vivid image of the gold and silver eating rich people like fire.

Indeed, it is because the rich are Christians that James is able to exhort them to follow Jesus and obey the law of liberty (Jas 2:12-13).

So if James writes near the end of his letter that the rich Christians could end up in hell if they are not generous with their money, then James is teaching that a person can lose their eternal life and that entrance into heaven is based on the good works of generosity and giving.

Both of these ideas are contrary to everything else Scripture teaches.

Therefore, it is better to understand James 5:3 in light of James 3:6, along with all the other imagery of fire in Scripture.

The fire in James 5:3 is symbolic of devastation and destruction that comes upon a person’s life for failing to follow the values and principles of the kingdom of heaven.

And while this devastation can come into a person’s life now, it can also come at the beginning of the next life when a person stands at the Judgment Seat of Christ. Our life in eternity begins with standing before Jesus to give an answer for the things we have done in the body, whether good or evil (2 Cor 5:10). How we live this life helps determine how we start the next life.

James is warning rich Christians that when they hoard wealth for themselves now, they are also storing up “treasure” for themselves at the Judgment Seat of Christ, which will be the experience of seeing all their earthly work and wealth consumed in the flames as if it were nothing more than wood, hay, and stubble (cf. 1 Cor 3:14-15).

James 3:6 and James 5:3 are not warnings about everlasting torment in the flames of hell

So neither James 3:6 or James 5:3 teach about an afterlife experience for unregenerate dead where they will burn and suffer in flames of fire for all eternity. Both texts are referring to the symbolic fires of destruction that can come upon a person’s life NOW in this world, destroying everything they have worked for and everything that is of value in their life.

Yes, there are also some warnings in James 5:3 about a fiery afterlife experience, but this warning is directed toward Christians rather than non-Christians, and is not a warning about everlasting torment in hell, but is instead a warning about experiencing shame and loss at the Judgment Seat of Christ (cf. 1 Cor 3:14-15).

This imagery and truth from James 3:6 and James 5:3 is key for understanding the rest of what the New Testament teaches about fire and hell. Most of the fiery and hellish imagery of the New Testament is referring to the “Kingdom of Hell” that seeks to rule and reign on this earth in direct conflict with the Kingdom of God.

James invites us to avoid fiery judgment now (and at the Judgment Seat of Christ) by living according to the ways of Jesus instead of the ways of destruction.

So what is hell?

If you want to understand what hell is, all you need to do is look at how Jesus lived and described the kingdom of heaven, and then think of its opposite. But there are numerous images and ideas from Scripture that also describe the kingdom of hell. The following chart shows some of the terms and imagery from Scripture which fit with both kingdoms.

Note that all of the terms on both sides of the chart are available options for people here and now in this life. The two columns describe the two options we face in our present life, not in a future life after death. How we respond to the instructions and commands of God determine what sort of life experience we have here and now. 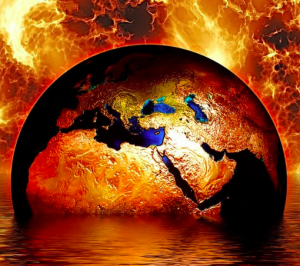 So where is hell? It is here, on this earth.

When is hell? It is now, in our lives.

And what is hell? It is the experience of life that is diametrically opposed to the life God wants for us. It is sickness and pain, death and disease, pestilence and famine, rape and murder, abuse and neglect, fear and loneliness, greed and lust. A person experiences hell to the degree that they experience such things.

This insight about the present reality of hell raises a startling truth.

In other words, those who only think that hell is an afterlife experience for unbelievers will not be working to rescue and liberate people from the kingdom of hell that is here now.

And when the kingdom of hell goes unchallenged, it grows in power and influence. The three main view of hell (Traditionalism, Universalism, and Annihilationism) are all guilty in this regard.

Far from rescuing people from hell, by thinking that hell is only something that happens to people after they die, such views actually help keep people in hell.

The religious belief that hell exists only in the afterlife is the first step in creating hell here on earth for those whom the “religious” people think deserve to go there.

You might have heard it said that the greatest lie of Satan is that he does not exist.

If that is true, the second greatest lie of Satan is that hell exists only in the afterlife.

This lie causes Christians to ignore and neglect the many billions of people who live in hell right here on earth. We walk by them every day, ignoring their cries of pain and calls for help. Hell is here and hell is now, and until we recognize this truth, we will not work to rescue and liberate those who are trapped behind its gates.

Indeed, the traditional Christian doctrine of hell (especially Traditionalism, or Infernalism) is almost solely responsible for creating a spiritual and psychological hell in the minds of those who hear and believe it.

How can a person worship a God who sends all non-Christians (including those who never heard the gospel), along with children, mentally handicapped, and possibly our own family members to suffer forever in burning flames?

The traditional views of hell end up creating hell in the minds of those who hear them.

In a twisted perversion of the gospel, Christians who seek to rescue people from eternal hell end up consigning people to a living hell, as people tear themselves up spiritually and psychologically by living in fear of God, fear of sinning, and fear that they have not believed in the right things or performed enough good works to please and appease God.

And even if some are convinced that they themselves are headed for eternal bliss with God, such Christians are often in emotional and psychological distress about the eternal suffering of their loved ones.

A belief in eternal conscious torment does not lead to the deliverance of people from hell, but leads instead to the creation of hell in the minds of countless millions.

When we neglect the work of bringing heaven down to earth, we allow hell to rise up on the earth. There is no middle ground. There is no neutral way of living.