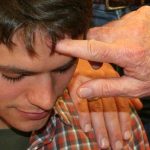 I recently received this question about anointing with oil for healing from a blog reader:

It was an honor to connect with you. Thank you so much for the book, Skeleton Church. It was awesome to glean from it concerning our church. I bless Almighty for having you now in my life.

I am the kind of person who always wants to dig deep, because I am sick and tired of going with the flow without understanding the source or the origin of something.

Through our connection I was able to get your study on tithing [Note: the book can be found here]. Wow, what can I say! This kind of book helps “realign” us from dead doctrines.

Here is my question: For some years and now I have not felt OK with the “Anointing Oil” that many of us use. If you can recommend something on this, I would appreciate it.

Here is my response to this question about using anointing oil for healing:

I wrote a paper on healing over fifteen years ago, and in that paper I dealt with several of the passages that some Christians use today for the practice of using oil to anoint for healing. Here is an excerpt from that paper about James 5:14.

James 5:14 and anointing with oil 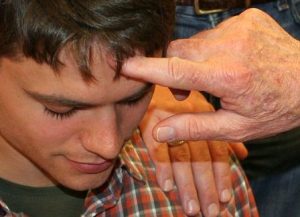 James 5:14 begins by asking, ”Is anyone of you sick?” While some try to explain away what James is writing about by saying that it does not actually refer to someone who is physically sick, but instead someone who is spiritually or emotionally weak, I think it is best to go with the traditional and most common way of reading this text and see it as a a reference to physical sickness.

The reason that this is the best is because of what follows. James says that the one who is sick “should call the elders of the church to pray over him and anoint him with oil in the name of the Lord.”

Of the two steps listed here, (1) calling the elders for prayer and (2) the anointing with oil, the most important step is the prayer – which is why it is listed first. But in the Greek, it is actually the second step in logical order. A literal translation would read something like “he should call the elders to pray after having anointed him with oil.” The order is anoint first, pray second.

So then, what is this anointing with oil for the sick?

Sadly, the language barrier between Greek and English has caused much misunderstanding of the idea of “anointing with oil” throughout church history.

Many think that the anointing with oil is the type of anointing we see in various places in the Bible where a priest or prophet takes a vial of oil and puts some of it on their head (cf. 1 Samuel 16:13). This kind of anointing is symbolic of God’s choice of a specific person for a specific task. The oil represents the presence and power of God coming upon the person in an unusual way so that they can accomplish unusual tasks for Him.

With this in mind, many have said that the anointing here in James 5 is therefore symbolic of the Holy Spirit at work in the individual through the prayer of faith to heal the sick person. In other words, the anointing of oil in James 5:14 is thought to be sort of a symbol for the healing power of God coming upon the person to delivery them from sickness.

This is a very common view, and one that I held for many years. Recently, however, I have come to a different conclusion about what James is teaching.

How to Truly “Anoint with Oil” for Healing

As indicated above, many people relate the anointing here with the sacred and religious anointing with oil that we see elsewhere in the Bible. But that type of anointing is typically referred to by the Greek word chriō, which does mean “to anoint.”

The word used here, however, is the Greek word aleiphō. This word is primarily a medical term meaning “to rub or massage with oil.” The rubbing of a person with oil (aleiphō) was a common medical practice for the sick or injured to promote and encourage the healing of wounds and diseases.

When James instructs his readers to anoint the sick with oil, he is telling them to give medicine to sick people. Other texts support this idea.

For example, it should be noted that olive oil (which was what James would have been talking about) does have certain medicinal qualities and is still used in modern medicine. The ancient historian Celsus mentioned its use for fevers, and Josephus said that Herod was given an oil bath in an attempt to cure him of his deadly disease. In the Bible, the Prophet Isaiah wrote of oil as being helpful for wounds (Isa 1:6), and the Good Samaritan mixed oil with wine to treat the wounds of the beaten traveler (Luke 10:34).

So, James is saying that if a person is sick, he should first of all seek medical help, and then ask the elders of the church to come pray.

Objection: But why are the elders involved?

One objection to the view above is that the involvement of the elders proves that this is not just medicine, but is a spiritual anointing with oil. Yet even here, there are very good reasons for the elders of the church to be involved.

First, asking the elders to pray for the sick person shows care for the brethren.

But second, in those days the leaders of the church were often the ones who administered the medicine. Doctors and physicians were not common, and since medical knowledge was not very advanced, many of the remedies could be prescribed and administered by average people. It was only until recently (maybe within the last two hundred years or so) that medical advancements have become so numerous and complex that only doctors can keep up to date on all of them.

In fact, a pastor named George Herbert from the 16th century writes in his book, The Country Parson, that since doctors are so rare, it is a good idea for pastors to know as much medicine as possible and administer it when they can.

The third reason to call for the elders is because of their godliness. James says that the prayer of a righteous man accomplishes much (James 5:16), and James gives the example of Elijah whose prayers kept it from raining for three years, and then prayed for it to rain and it did. The point is that the elders are also supposed to be righteous and godly men, and so their prayer also can be effective in helping the sick person get well.

So today, a person who is sick should seek medical treatment and ask for people to pray.

Objection: But this takes glory away from God! 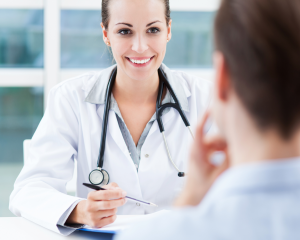 When some people hear this explanation of James 5:14, they say, “Doesn’t this remove some of God’s glory or take away some of the credit that is due Him if we go to a doctor?”

My response is that is does not. Not in any way! I believe that all medical and scientific advancement is a gift from God, and should be used to the fullest extent possible. Besides, as Dr. C. Everett Koop once said, all healing is God’s healing and the physician is just an instrument.

Besides, seeking out the help of modern medicine is not an attempt to leave God out of it. James is very clear that while getting medical treatment is the first step to take, the most important step is when a Christian approached God with the prayer of faith.

God has blessed men and women today with wonderful knowledge of how the body works and how the healing processes of the body can be supported. But when it all the medicines have been prescribed and all the surgeries have been performed, it is God who helps a person will get well. Knowing this, we do not ignore the medical knowledge which He has allowed to become known, for such things are also the good gifts of God and should not be refused.

So what does James teach about healing in James 5:14?

James instructs the sick person to go seek medical help, and most importantly, not forget to pray and have other godly and gifted people pray as well.

Are you sick and in need of healing? Do not refuse medical help out of some wrong idea that medicine is not spiritual. It is! Go get whatever medical help you can, and also ask others to pray with you for healing. Then, when medicine and faith work together and you are healed, give praise and glory to God, both for what He has done in your body, and also for what He has taught the medical-scientific world about how the body works.