You are here: Home / Bible Violence is Exaggerated 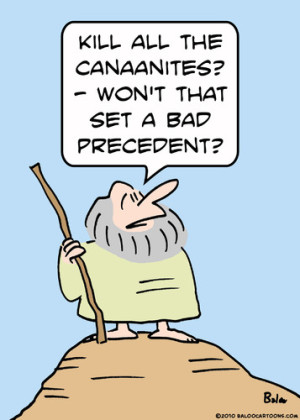 As we work our way through some of the theories about how God can condone and command violence in the Bible, we come to a view which basically states that the violence is exaggerated.

The basic premise is that we misread the Bible when we think that the Israelites actually killed all the Canaanites (or whatever people group is in view). Sometimes the Bible is exaggerating in the number of people that were killed while other times the Bible says that all the people were killed when in fact they were not.

Then there are those cases where the terminology for “destruction” need not refer to death, but could refer to something else, such as being forced to leave the land or make the decision to join forces with the Israelites.

In other words, this position has several elements and perspectives, depending on which book you read or which scholar you listen to, but the main elements of this theory are described below (Note: Many hold various versions of this view, but you can read one summary of it on the Eternity Bible College blog).

Others Could Join Israel

First, God’s ultimate goal was for the conquered people to repent of their sin, see that God was worthy of worship and obedience, and join with Israel in following Him. Examples of this are found in some of the Egyptian people who joined with Israel at the Exodus (Exod 12:38), Rahab siding with the Israelite spies against her own people and then becoming one of the Israelites after their conquest of Jericho (Josh 6:22-23), and the Gibeonites choosing to be servants of Israel rather than face annihilation (Josh 9:9).

The Canaanites were Driven Out

Only Enemy Combatants Were Killed

Apart from Joshua 6 and 8, which mentions women and children [who were not killed], all other accounts of Israel killing Canaanites in the conquest include—and only include—combatants, not civilians.

The Numbers are Highly Exaggerated

Finally, in relation to this view, some argue that the numbers of people involved were highly exaggerated, possibly by as much as ten or a hundredfold.

Analysis of this View

So in the end, this view holds that while there was a conquest of Canaan, it probably did not involve killing any women and children. Indeed, there very little killing at all. Most of the inhabitants of the land were “driven out” of the land, though some were allowed to remain (to the detriment of future Israelite morality). Of the few people who were actually killed, they were enemy combatants, and such casualties are to be expected in any war. 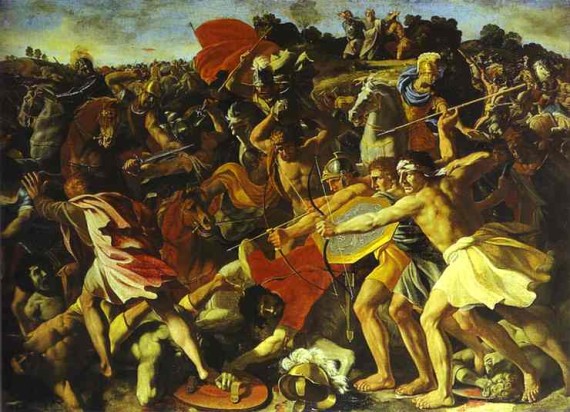 This is a compelling argument, and is probably quite true in many regards. For example, I am not opposed to the idea of exaggerated numbers in some of these accounts, as I think it helps make much more sense of what is happening and helps explain some of the problems inherent within the text.

Also, it may be true that no women and children were actually killed in the Canaanite conquest, and that only enemy combatants were killed. However, even if this is true, there is still the difficulty with God commanding the Israelites to engage in such warfare, especially in light of the teachings and example of Jesus.

Even if only a couple hundred people were actually killed at the command of God in all of the Old Testament (and it is unlikely that the number is that low), we still have to deal with the main problem, which is how God can command the killing of anyone. Reducing the numbers and making them only male does not fully solve the problem.