You are here: Home / Chaos Theory and Violent Scriptures

Though I have proposed a solution to the problem of divine violence in the Old Testament, this solution only helps explain a small number of the violent texts in the Bible.

Understanding the rest of the violent texts requires further information about God and the kind of universe He created. It all fits within the frame of Jesus, but we must have the full picture of what is going on so that we can consider each problem passage in the context of the whole. 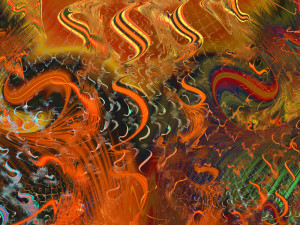 So before we look at any specific passages, I want to briefly present a framework for how to understand what is going on behind many of the violent and destructive passages in Scripture. In this post I will present the basic framework, and in the following couple of posts I will present what I call the “Six Principles of Chaos Theory.” Only then will be well prepared to begin looking at some of the violent texts of Scripture to see how they do not reveal a violent and bloody God, but a God that looks surprisingly like Jesus Christ.

The big picture context is that the world God created is a chaotic place.

We humans desire neat answers and tidy solutions, but like it or not, this is not the type of universe God has provided. While it is popular to point out that in Genesis 1 God took what was formless and void and filled it with beauty and light. He brought order to the chaos. The truth, however, is that there was still quite a bit of emptiness and chaos in God’s good creation. Even before sin entered the scene, the universe was a messy place. This is revealed partly by the very fact that sin could enter God’s good creation.

To say, as some do, that God’s universe is a giant machine in which every cog and wheel moves directly under the control of God means not only that every leaf falls and every butterfly flaps its wings at the direct command of God, but also that Adam and Eve sinned at the direct command of God along with every sin, rape, and murder committed since. Such a view makes God a moral monster, and against such a God the only righteous response is atheism.

God, the World, and Relationships 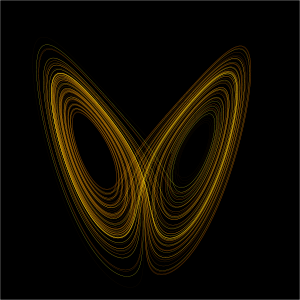 Thankfully, this is not the God that created the world, nor is it the God portrayed in Scripture, nor especially is it the God revealed in Jesus Christ. The true God, the God who created heaven and earth, the God of Abraham, Isaac, and Jacob, the God who raised up Kings and Prophets in Israel to carry His message, the God ultimately revealed in Jesus Christ, and carried now by the Spirit through His Church, is a God of infinite love, mercy, compassion, forgiveness, long-suffering, patience, kindness, and grace. This is the God who desires a relationship with each person on earth.

But real relationships require freedom. Not the fake “programmed” freedom, where we are actually robots who think we are free but are actually carrying out pre-planned instructions without wavering from our course.

No, God has given us genuine, creative, interactive, relational freedom. And yes, there are limitations to this freedom. Human freedom is within the bounds of God’s overarching divine plan, and even within our freedom there are certain restrictions so that we are not as “free” as God. I have no desire to get off into the weeds of this philosophical discussion. The point for now is that one of the results of genuine freedom is an increase in potential chaos.

This chaos is what helps explain much of what goes on in violent Old Testament texts.

An Analogy from Jurassic Park 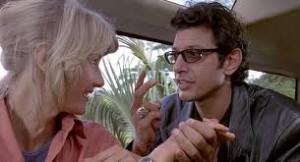 An analogy might be helpful. You probably remember the scene from “Jurassic Park” where the wild-eyed scientist, Dr. Ian Malcom, talks about “chaos theory” and illustrates it by watching drops of water roll off his knuckle. He shows that even though the drop of water lands in the same place each time, it rarely goes in the same direction.

His point was that science cannot accurately predict all possible scenarios of any situation, and that the natural order of the universe depends in many ways upon chaos. In any given situation, there are a nearly infinite number of variables which affect the outcome. Since nobody can completely know all these variables, nobody can ever with absolute certainty know the outcome of any particular event. Though there are large, governing rules of the universe which tend to guide all actions and behaviors (such as the laws of gravity and entropy), the nearly infinite number of other variables can often lead to unforeseen outcomes and unexpected results. In other words, not everything can always be explained.

The same holds true for when bad things happen in this world. In any given event, there are a nearly infinite number of variables which led up to that particular occurrence. The vast majority of these variables can never be known by anyone except for God. He alone, as the only omniscient Being, knows all the variables and causes of any particular event.

Nevertheless, just as in science there are some overarching governing rules of the universe which tend to be active in all situations and events, so also in trying to understand some of the bad things that happen in life, there seem to be some overarching rules which guide and govern these actions.

I believe that the idea presented in the previous posts (see the list below) is only one of these rules. In other words, it is a governing rule that just as Jesus took the sin of the world upon Himself so that He might bear the sin and shame for all, so also God did this in the Old Testament by taking the blame for the sinful actions and behaviors of the people who lived during that time. This rule helps us understand some of what is going on in the Old Testament texts.

However, this is only one of the governing rules. Just as gravity is not the only law of the universe, so also, there is not just one explanation for why bad things happen in this world.

Though I have said that God takes the blame for the sinful actions of human beings, and even inspires people to write that He told them to do these things when He really did not, this guiding principle does not explain every evil situation that takes place in the Old Testament, or in the rest of history. Just as gravity is not the only rule of the universe, so also, Jesus becoming sin for us is also not the only rule for why bad things happen in this universe.

So in the following few posts, I want to present some of the other governing rules.

In any given situation when a bad thing happens, not only is there a nearly infinite number of small variables swirling around that event, but there are also a number of larger, governing principles which may be active, and which help explain why some of these bad things happen.

And just as it is impossible in the physical world to know with certainty why a drop of water runs down the right hand side of a knuckle instead of the left hand side, so also, we can never know with absolute certainty why some bad things happen in this world.

Nevertheless, if we understand some of the larger variables and governing rules that are at work, we can arrive at something close to an answer for why bad things happen.