You are here: Home / Creeds Kill 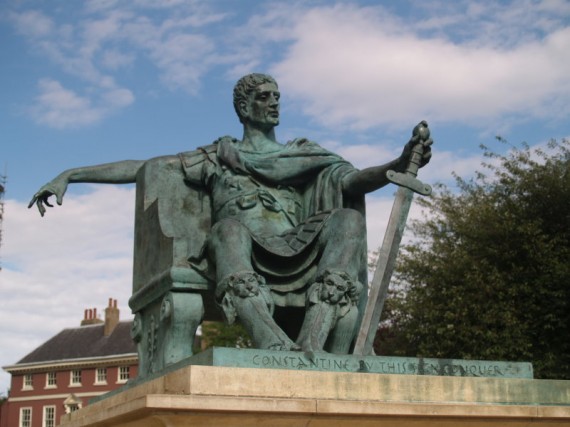 Very early in the life of the church, creeds and doctrinal statements became tools in the hands of political and religious leaders to control crowds and dominate others. While taxation and imprisonment is often a good way to get others to support your causes and force obedience to your laws, such tools do not always work among those who seek to serve a Higher Power, or believe they are following a Divine Law which supersedes human courts.

And so when Christianity became the state religion of the Roman Empire in the fourth century AD, the church rulers and political rulers joined forces to accomplish God’s will “on earth, as it is in heaven.” They saw great benefit in being able to decide where a person would spend eternity, based on how they believed and behaved.

But not everybody believed the same thing. Disagreements arose about what the Bible actually taught, until eventually, both sides of a doctrinal debate condemned and excommunicated their opponents. This led to heated theological debates, and even military skirmishes and minor wars. In an attempt to keep the peace, councils were called and creeds were formed to help determine which side was correct. Often, the Roman Emperors would get involved in these debates, and occasionally it was the Emperor who made the final decision about which theological perspective was correct.

These doctrinal disputes were not so much determined by who had the majority, but by who had the most power and influence in the Roman Empire. This was especially true when one side could gain the support of the Emperor. Whichever side had the ear of the Emperor were most likely to win the debate. And how does one get the ear of the Emperor? Usually, something more is needed than logical arguments about biblical passages. Rulers tend to care more about their coffers and their borders than what the Bible says. So money, power, and land were often used to gain the support of the authorities, rather than sound reasoning from the Scriptures. 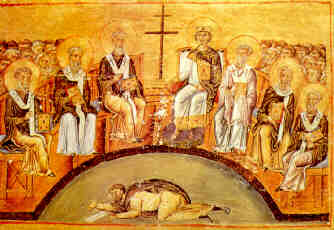 And once the Emperor made his decision, the losing side was often condemned, not only to eternal punishment in hell, but sometimes even to death by stoning, beheading, hanging, or by what became the most popular method: burning at the stake. Emperors do not like it when people in the Empire disagree with them. Dissent was seen as a threat to the peace, order, and prosperity of the Empire. The simplest way to gain unity within the Empire was to get rid of dissenters by killing them. (For a book on this, try Jesus Wars

Though most Christians do not want to admit it today, this was the process by which most of our traditional theology was developed. Not through careful exegesis and logical debate of what the Scriptures say, but through power politics, greedy rulers, and declaring war on all who disagreed.

Thankfully, we don’t do such things today…. Or do we?