You are here: Home / Elders Worthy of Double Honor 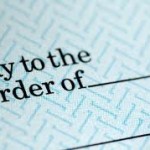 If there is any text in Scripture which provides guidance on paying pastors and elders, it is 1 Timothy 5:17-18. Paul says that elders who preach and teach are worthy of a double honor, and that a worker is worthy of his wages.

So get out the checkbook. 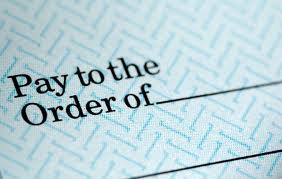 Hold on. Not so fast.

Though some have disputed the idea that “double honor” refers to payment, the context indicates otherwise. First, Paul is talking about wages in the immediate context, and furthermore, in 1 Timothy 5:3, Paul writes that widows deserve to be “honored” which in that context, means that their daily needs are to be met by the church.

Curiously, though pastors assert that they are to be honored by getting paid, I have never heard of a church that honors widows in a similar fashion…

Nevertheless, even though honoring the widows refers to taking care of their daily and physical needs, this does not necessarily mean that a pastor or elder receiving a double honor means that he should get a salary.

Who is the Worker Worthy of his Wages?

The way this verse is most often used, one would think that the worker is anyone who works in “full time pastoral ministry.” Sadly, no such thing exists in the New Testament. There was no such thing as the clergy-laity division that exists today. In the church, every person is a full-time minister, every member a priest.

God also expects every follower of Jesus to have a ministry. To accomplish this ministry, he gives to each person a set of skills, gifts, and abilities. Those who are often called “pastors” generally have skills and abilities in areas of administration, leadership, encouragement, caring, and teaching.

So in the church today, why do we pay one type of minister, but not another? Is there any reason other than that these ministers who are getting paid say that they must get paid for what they do? Why is it we pay the “ministers” who have these gifts, but not the “ministers” with other gifts?

This verse does not justify such a distinction, except in one area, and one area only. In the context of Paul’s words, the one who deserves wages is the one who devotes himself to the Word and doctrine. It seems that if we are going to use Scripture to defend our practice of paying pastors, then only pastors who devote time to studying and teaching Scripture and theology should receive any kind of payment. 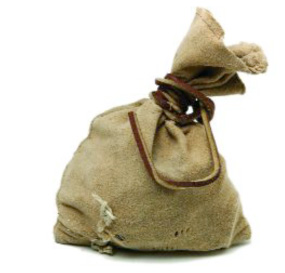 But what kind of payment, and how much? Well again, some have argued that if “honor” in 1 Timothy 5:3 means paying widows enough to live on, “double honor” in 5:17 means paying pastors twice as much. If a church decides to pay a pastor who devotes time to study and teaching, I do believe they should pay him well. Numerous questions must be asked to determine this for your own gathering.

For example, how often does he teach? How long does it take him to prepare? What is his educational background? How many years of experience does he have? What is the comparable pay for people in the church who have similar years of education and experience? How much is his teaching worth to you? These, and other similar questions, might help you determine what your gathering could pay a pastor.

However, it does not appear that the passage supports this practice of pastoral salaries. In First Timothy, Paul is writing to Timothy, one of the elders in the church of Ephesus. He has already instructed them to provide for their needs with the work of their own hands (Acts 20:33-35). If they were following his instructions, they would not need the same “honor” that was being given to the widows.

How to Receive Double Honor?

They were, however, allowed to receive the “double honor” which is not an additional salary, but gifts—probably of food or money—from individuals in the congregation who were appreciative for the study and teaching that the elder provided. Today, we might call this an “honorarium.” Paul seems to indicate that while giving the double honor is not required, if a particular elder devotes time on his nights and weekends (after he has worked his regular job) to study and preparing quality Bible teaching for those who gather, then if someone wants to give him a gift of appreciation, the elder has the right to accept it.

These gifts of appreciation are not to be expected or demanded (cf. 1 Pet 2:5-9). They are not to evolve into a full-time salary. They are simply gifts given to those who lead the church well, especially in the areas of the word and doctrine. How much should the gifts be? The text does not say. It is up to the individual, and what they want to give to the elder who has helped them understand Scripture in a greater way.