You are here: Home / The End of Baptism in Acts 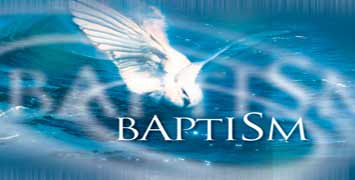 This entire series on looking at baptism in the book of Acts was getting WAY too long.

So, as has happened frequently in the process of writing Close Your Church for G00d, I’m cutting almost everything I have written so far about baptism in the book of Acts, and am summarizing it with the following:

Baptism in the Book of Acts

In the book of Acts, every time the Gospel is preached to a new segment of humanity, it is symbolized through water and spirit baptism. The water baptism precedes the Spirit baptism, and the coming of the Holy Spirit in signs and wonders is the outward proof to Peter that God truly has accepted this new group of people into the family of God.

But after this initial preaching of the Gospel and water baptism followed by Spirit baptism, the baptism of the Spirit comes immediately upon a person believing in Jesus for eternal life, whether or not they get water baptized, and most often, this Spirit baptism is no longer accompanied by signs and wonders. The initial door was opened, and Peter witnessed and testified to it, but once it is opened, no more physical manifestations of the baptism of the Holy Spirit were necessary to prove that God had indeed accepted a new group of people into His family.

Water Baptism at that Time

So when the news spread that a person had been baptized, their family, friends, and neighbors would ask why they had been baptized, what their new identity was going to be, and how it would look in the future. And then, of course, they would watch to see if these changes truly took place.

In the case of new converts to Christianity being baptized into Jesus Christ, the new believers would explain to their inquiring friends and family who Jesus was, what He taught, and what had happened to Him in His death and resurrection. The person would say that now that they had fully identified themselves with Jesus through baptism, they were going to try to live their life in a way that reflected His teachings, His values, and His life.

Such a summary clearly doesn’t say everything about baptism, but this is only a small chapter in a much longer book. Writing more would require an entire book on the subject of baptism alone… which is a good idea for a future book. But not for now.

Oh, I do actually have one more thing to say about baptism in Acts, which I will post tomorrow when we look at the baptism of the Ethiopian Eunuch.