You are here: Home / Everyone is Following Jesus

How can you know if someone is a follower of Jesus?

Answers to this question have split churches, destroyed friendships, and divided seminaries.

Some believe that to follow Jesus you must only sign a creed or say a prayer. Others insist that following Jesus requires following a set of rules such as the Ten Commandments or a denominational Code of Conduct. Still others argue that following Jesus is best accomplished in a building at a certain time of week when certain activities take place, while others say that following Jesus means leaving our buildings and going to places where Jesus would go, such as to the poor and homeless.

Rather than take sides, let me suggest something different.

When it comes to the question of who is truly a follower of Jesus, I believe that everyone is following Jesus. Every man, woman, and child on this earth, whether they subscribe to some version of Christianity or not, is following Jesus. 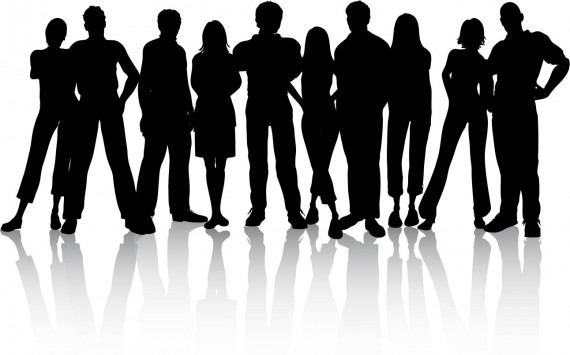 No, I do not believe everyone is “saved” (whatever that means to you). I am not  a universalist.

Someone can be a follower of Jesus, but not have eternal life. Remember that when Jesus walked this earth during His three years of ministry, there were many people who followed Him, but did not believe in Him for eternal life. Even one of His closest disciples, who followed Him for three years, watched His miracles, listened to His teachings, and spent many hours observing and learning from Jesus, ended up being the “son of perdition” (John 17:12).

So what do I mean when I say that everyone is a follower of Jesus? I believe that the redemptive work of Jesus was so powerful that when He died on the cross and rose again from the dead, everything in heaven and on earth was swept up in His wake, was drawn after His lead, and was pulled onward and inward toward Him.

The entire universe has been dropped into the torrential flow of His grace and redemption and no matter how much we might swim against the current or splash around in our own vain attempts at self-glorification, we cannot resist the direction that Jesus is pulling all creation toward.

This is why, I am convinced, the world has seen such advances in medicine, science, education, and art in the past 2000 years. Whether we realize it or not, we are being transformed into a creative, redeeming, reconciling, healing, God-glorifying world.

Many people will not ever recognize that they have been following in the wake of Jesus, but they are.

Yes, there is still much evil, much pain, much hurt and hardship. But such things are not because of what Jesus has done, but are the lingering effects of the poison which was dumped into our river so long ago, and which will eventually be purged from the water once and for all.

Meanwhile, it is the job of us who know we are following Jesus to show others that the beauty they create, the health they promote, the sustainability they encourage, the vibrancy and joy they strive for, is not killed and stifled in following Jesus but is enhanced and magnified when we learn to swim in the currents of God’s reconciling power as found in Jesus Christ.

The magnetic pull of Jesus is so powerful that everyone is following Jesus. Those of us who know it can lead the way in showing what it means to redeem and reconcile the world to the fullness of the image of Jesus Christ.