You are here: Home / Exit Signs 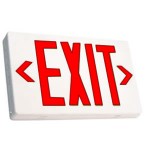 Close Your Church for Good, Chap 4, Sec 3. Whether we like to admit it or not, many of us pastors are pragmatists at heart. We want to do what works. So in a chapter about cancelling your church service, I wanted to include a section on the practical aspects of cancelling the service. And no, it’s not so you can save money on electricity.

And don’t forget, please provide feedback on my blog posts. When the book is finished, I will send a free e-book version to those who helped me out in this way. Thanks!

Practically speaking, canceling the service is a wise move anyway. People are leaving the church in droves. At least, they’re leaving the Sunday service part of it. According to recent studies, less than 20% of people regularly attend church, and of those who do, 2.7 million more leave the church annually.  During the previous decade, the combined membership of all Protestant denominations declined by almost 5 million people, while the US population increased by 24 million during the same time period. The church is declining in numbers even as the population numbers expand.

And it’s not just attendance. Exit signs are everywhere. Along with attendance, giving and involvement are also down. If church is a numbers game, we’re down by three touchdowns with two minutes to go. The suggested reasons for this widespread decline are numerous and varied, but the ultimate reason, I’m convinced, is not apathy or disillusionment on the part of the people. It’s not that people don’t care about God or serving others. The truth is that people are leaving the church because they do care about such things, and they feel that in many ways, the church is just getting in the way.

George Barna, in his book Revolution, indicates that while numbers and involvement in traditional “brick and mortar” churches is declining, people who are committed to following Jesus in their lives, at their jobs, and among their friends, is expanding exponentially. The church is not dying. For those who have eyes to see what God is doing, His church has never looked better!

And that’s why giving people permission to leave church is so important (many of whom will eventually leave anyway). Since many people are thinking of leaving, why not shock the socks off them and tell them to not come! Rather than make them sneak out the door, and come up with lame excuses as to why they “missed church,” why not show them the door, giving them permission to not “attend church.”

In fact, “missing church” and “attending church” should not even be in the church’s vocabulary. Such terminology reveals a tendency to view church as a function and a place, rather than the people of God who follow Jesus into the world. If we really want to help the people of God follow Jesus out into the world, we need to put up big Exit signs on all our doors, and lead people out of the building where we have them trapped and out where God can work in and through their lives to the hurting people of the world. If people are exiting the church anyway, let’s guide them on their way. Let’s invite people into the adventure of loving God and loving others outside the brick walls and stained glass of a church building. But this adventure begins with cancelling the church service.

In this way, canceling the church service may very well be God’s will for your people. More on that in the next post.