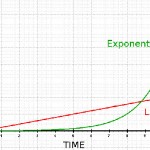 Would you rather be given $1 million, OR start off with a penny, and every day for thirty days, have twice as much given to you each day? So on day 1, you get a penny. On day two, two pennies. On day three, four pennies. Which would you choose?

I hope you choose the second option, becaues it would give you $1.07 million. This is the power of exponential growth. 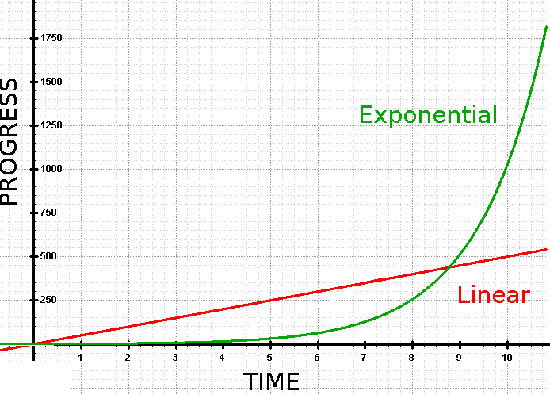 In other words, most churches try to add a few people per year. Let’s say they start with 100, and want to add 5. The next year, they want to add another 5. And the year after that, 5 again. At the end of 3 years, they (hopefully) are now at 115 people. This is growth by addition.

Growth by exponential multiplication is starting with 100, and then multiplying by 2. And the next year, multiply by 2 again. And the year after that, mutiply by 2 again. At the end of three years, that congregation of 100 has grown from 100 to 800.

It is a different way of looking at things, which leads to a different set of questions, which provide different directions, values, and systems for a church that wants to grow by multiplication rather than addition. And according to some, this way of church growth seems to be defended by Scripture.

Numerous Scriptural passages are used to defend this way of thinking, the primary one being what happened to the early church on the day of Pentecost (which was yesterday). On that day, after the Holy Spirit came upon the church, Peter preached a sermon, and several thousand people were added to the church on one day. As the believers continued to live the life of Jesus with each other, thousands of others continued to join them. In just a few short weeks, the church went from 120 to over 5000 (Acts 4:4).

The argument is that since this is what happened with the early church, it is what God wants to accomplish in our communities also. 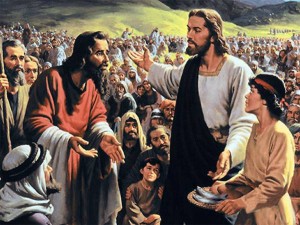 Often, Jesus is also mentioned as an example, since as He want about preaching and healing, thousands of people came out to hear him and be healed.

This sort of thinking is at the root of most church growth methodology. When the goal becomes large numbers, the primary question that must be answered is: What must we do in our churches to see these kinds of results?

Sadly, it is this drive for exponential growth that has caused so many problems in the church today. When the focus became numbers, rather than the people themselves, the church ceased to be a people of God following Jesus into the world, and became a business that maneuvers for greater market share.

The church must never focus about the numbers of people who gather, or the number of conversions notched on our belt, but rather on the changes that occur in our culture and in the people with whom we minister.

Almost anyone can gather 10,000 people. But loving those the world hates, helping rescue someone from addiction, or showing people that they are loved by God is a spiritual victory which cannot be replicated, duplicated, systematized, or multiplied.

The examples of Jesus gathering crowds and what happened with the early church are not written in Scripture as examples to be followed for all Christians everywhere. The ability to gather crowds is not the litmus test for whether or not God is blessing you and your ministry. Church is not a popularity contest.

Yes, sometimes crowds will gather. But sometimes (most often) they will not, and we need to be fine with that.

We need to focus not on the numbers, but on the people already in our life, how God might want to use us to help and encourage them, and also what God might want to teach us through them. Since we are the church, this is true church growth.