I watched one of the regular Makeover shows a few weeks ago where they took some “loser” dads and turned them into “cooler” dads. It was amazing to watch the outward transformation take place.  One long-haired, bearded, overweight trucker ended up looking like a CEO of a Fortune 500 Company. They did the same thing with several other men on the show.

But I had to wonder if the changes in clothes and hair styles were going to make these men better husbands and better dads.

I kind of doubt it.

There is something similar going on in Christianity today. 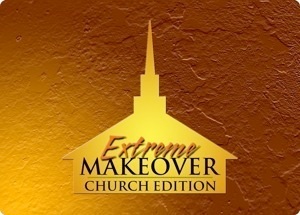 There is an attempt in Christianity today to resurrect the church out of the dredges of irrelevance by making it “cooler” than the way church was a decade ago.

Churches have cooler names, like “The Summit” and “Mars Hill.” We install top of the line sound and video equipment to make the “church service” seem more like a concert. Every room is equipped with plasma large-screen TVs. The pastor wears jeans and a t-shirt and says “Dude” a lot. If you don’t make it to church, you can watch the sermon on your iPod instead.

However, in all of the effort to become cool and relevant, is the church becoming more effective? The answer depends on how you define “effective.”

For the church to become effective the way the Bible defines it, it’s going to take a lot more (or a lot less…) than blue jeans and plasma screens.