You are here: Home / Gay and Christian 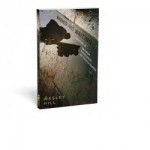 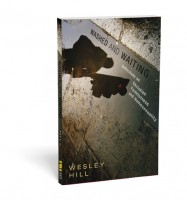 For people who are gay but who also want to follow Jesus, “coming out” to church people probably feels very close to what lepers felt in the days of Jesus when they first found out they had leprosy. A gay Christian often experiences the same rejection. People who used to love them now fear them. People who used to be friends now avoid them. People they don’t know condemn them.

And frequently today, just like then, after all the rejection and pat answers, gay Christians experience deep loneliness, shame, and fear. Sometimes they wonder if the religious people are right…maybe God is judging them. Maybe God is angry at them. Maybe God does hate them. Maybe they really are lepers.

Wesley Hill struggled with all of this. He is a gay Christian, and recently wrote a book called Washed and Waiting about the struggles and experiences he has faced. I don’t know what your viewpoint is on someone being gay and a Christian, but let me suggest that you read his book before you talk about the “choice” Wesley Hill made to be gay (he didn’t), or how his father was abusive or absent (he wasn’t), or how Wesley should just “man up” and fall in love with a woman (he’s tried), or get “cured” by reading the Bible and praying more (he probably reads the Bible and prays more than you or I).

He shares his story in the book, explaining how he struggled with living according to the Gospel as a gay person, and how he experiences deep loneliness and shame in nearly all of his relationships. I think that every person struggles with these same issues, whether or not we are gay, but from reading the book, it seems such struggles are amplified and magnified for gay Christians.

I’m not sure his answers will satisfy everyone (gay or not), but Wesley came to these conclusions:

If you know someone who is gay and trying to follow Jesus, or simply want to understand the fear, pain, loneliness, and struggle that gay Christians feel, I highly recommend this book.

FREE BOOK OFFER: If you post a thoughtful reply to this post (not just “Nice post, Jeremy!”), or share a story about yourself, or how you are showing love and acceptance to gay people, I will enter you in a drawing on February 14 for a free copy of Washed and Waiting.

For everybody else, here is a Free Preview PDF.