You are here: Home / Gay Marriage, the Sanctity of Marriage, and the State 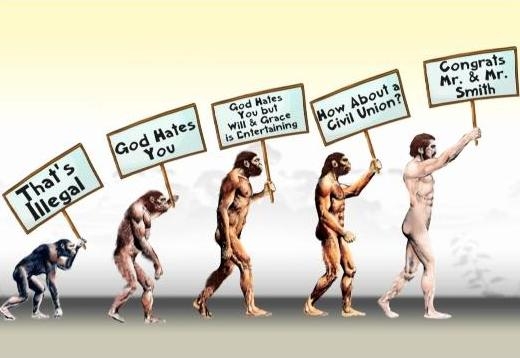 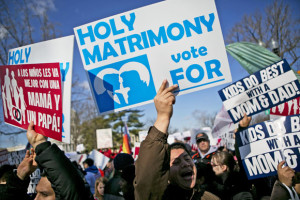 …Anyone who thinks marriage is something sacred needs to recognize that from the church’s perspective all marriages granted by the state for tax and inheritance purposes are just civil unions by another name. Christians who truly believe that marriage is a sacred institution between a man and a woman are welcome to their belief. But Christians who demand the state take up the task of defending marital sanctity are effectively making the state their god. They seem to think that their local capitol can perform miracles when only the Holy Spirit has the power to sanctify.

If marriage truly is a sacrament, as many Christians (including myself) believe, then we need to be much more concerned with developing a robust theology of marriage and making that understood among our congregations than with mobilizing them to deny the right of a civil marriage to same-sexed partners. If we believe marriage is a sacrament, then all marriages performed outside the church are civil marriages, and however the state defines marriage can have absolutely no bearing on its sanctity as far as the church is concerned

…Calling upon the state to protect our sacrament is an act of extreme unfaithfulness. Only God can make a marriage holy. Christians can continue to fight about what kinds of marriages “count” as sacred, but we have also learned to agree to disagree about such things. In polite company, and for the sake of keeping peace with each other (because mutual apostasies take so much effort), we can do with marriage what we do with our disagreements about eucharist and baptism: keep our mouths shut and let God sort it out in the end.

If you want to read the rest of this article on gay marriage, you can do so here. Eastern Orthodox Gay Marriage