You are here: Home / z / Grace is absolutely free! No, REALLY! 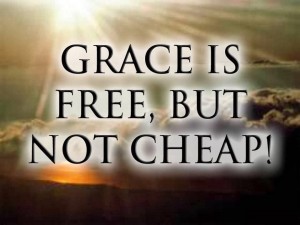 One way that some people limit grace is when they try to differentiate between “cheap grace” and “costly grace,” or start trying to limit the application of God’s grace by using theological terms like “prevenient grace” or “efficacious grace.”

The truth is that grace ceases to be grace whenever we seek to modify or limit its application, extent, or effectiveness. You cannot cheapen grace; but you can misunderstand it.

If one must ask for it, work to deserve it, obey to keep it, or live in a way that proves they are worthy of it, then it is not grace. Grace is extended freely to all, with no strings attached before, during, or after the reception of grace.

Grace, when it is truly given, expects nothing in return and demands nothing by way of thanks.

Below, as only he can say such thigns, are some quotes from Robert Farrar Capon’s excellent book about grace, The Mystery of Christ … & Why We Don’t Get It. (If you haven’t read this book, you need to.)

… the mysterious, reconciling grace that was revealed in Jesus is not something that got its act in gear for the first time in Jesus; rather, it is a feature of the very constitution of the universe—a feature that was there all along, for everybody and everything.

[Our] promises to God … are not capable of getting us either accepted by God or damned by God. Acceptance, according to the Gospel, is a free gift bestowed on a world full of four flushers. And it’s given to them despite their four flushing, right in the midst of their four flushing. It is not a reward for hotshot behavior in the promise-keeping department. And damnation is not a punishment for breaking promises to God—or even for breaking the commandments of God himself; it’s a consequence of stupidly throwing away the free gift of acceptance.

God’s love and forgiveness toward us knows no bounds. He loves us completely, infinitely, and without restriction. It is extravagant, outrageous grace which shocks all sense of propriety. God is shameless in His love for us, so that even when we say and do things that would chase off any human being, God sticks with us and by us. 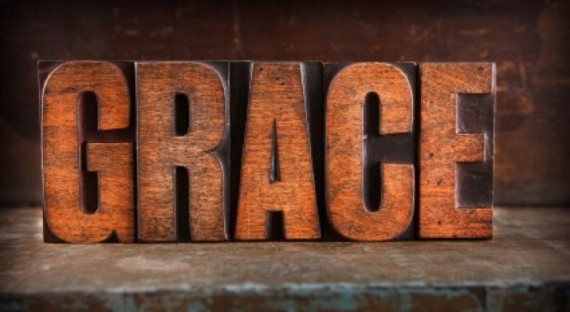 As soon as we seek to limit God’s grace or restrict to a holy few, we have stopped believing in grace, and have plunged headlong into the hell of religion. Grace is free! Absolutely free.

Grace has no limits, borders, restrictions, or conditions. Grace is freely given and freely received, and as such, can never be rescinded or revoked.