You are here: Home / Reflections Upon Graduation from Seminary 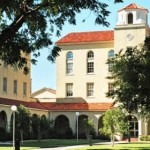 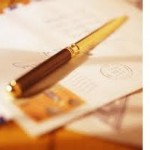 Six years ago, I wrote a letter to my future self. I was preparing to enter seminary, and was apprehensive about what Seminary would do to me. Many students go into seminary as on-fire followers of Jesus, and come out as frozen, arrogant know-it-alls.

Yesterday, as I was sifting through some old files, I stumbled across something I wrote when I was nearing graduation three years ago. I forgot that I had written it. This reflection upon graduation from seminary is posted below.

But it was interesting for me to look back now at these two documents, one from six years ago and one from three years ago, and then compare both of those “Jeremys” to my life now. We are like three long-lost friends, who–although we are glad to see each other again–have little in common now, and so all we talk about is old stories and memories. It’s bittersweet.

Anyway, here is what I wrote three years ago upon graduation from seminary:

As I look back over the past three years at Dallas Theological Seminary, and look at where I was three years ago, and where I am today as a person, a theologian, a pastor, a father, and a husband, I have come to several realizations.

First, if I had known three years ago the person I would be today as a result of seminary, I never would have left Montana. This is because of what I now believe theologically and because of where I am headed geographically.

Theologically
Theologically, I cannot believe how I have changed. Three years ago, I was scared of the type of person I am today. I judged, criticized, and condemned people like me. These changes are not the result of seminary, but in spite of seminary, and are probably a reaction against what I observed and learned at seminary as well as in the lives of some of the seminary graduates.

Geographically
Geographically, I loved Montana, and I still do. My heart, soul, and spirit are tied to soaring mountains, singing rivers, crystal clear lakes, bubbling streams, countless stars, the sound of snow falling in an empty forest, and the endless quiet nights. As a boy, I always wondered why everybody didn’t move to Montana. If I had known before seminary that I would probably never get back to Montana, I am not sure I would have left.

Second, regarding my education, I feel that my true education begins the day I graduate. I now have to sort through all I’ve been taught and figure out what to keep, what to revamp, and what to reject. I have the sneaking suspicion that I will have to forget or neglect almost everything I learned. It sometimes seems that the primary thing I learned at seminary is what not to do and what not to believe.

I’ve also learned that most research is little more than a game. People generally think that if a person has lots of letters after their name, and lots of footnotes in their books, they must be experts on a subject, and must be correct. I have discovered that just as people can make the Bible say anything, so also, scholars can use research to say anything.

Third, my view of church and especially, my role as a “pastor” have changed so drastically, I would not be able to attend the church I pastored three years ago. This really terrifies me on several levels. I loved that church and every single one of the people there. I still do. So my realization is not a judgment or a condemnation of the people at the church, their theology and practices, or even of pastoral ministry and churchianity in general.

It is that much of my identity was (and is) wrapped up in being a pastor. That pastor is dead in me now, and I do not yet know what kind of pastor I will be (or even if I will be one), and what kind of church I will participate in. I suspect that the kind of church I get involved in will not be what I would have considered true “church” three years ago. But then, I now see many flaws in the form of church I was involved with three years ago. It’s ironic, isn’t it?

The bottom line is I cannot believe how much I have changed in three years. I don’t even recognize myself. I don’t fully know who I am. I have no clue who I will become. But one thing is for sure: I expect to be surprised.