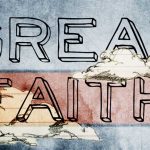 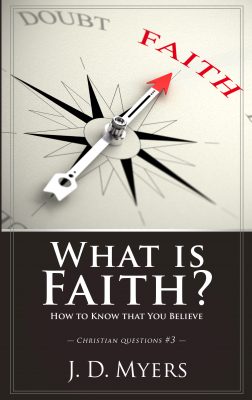 If faith is best understood as reasonable certainty then this means that we either believe something or we don’t. If we doubt something, then we don’t believe it.

If we think of our network of beliefs as a vast Excel spreadsheet with each individual cell holding a single statement that we either agree with or not, then this means that there are no degrees of faith. You cannot have 10%, 50%, 90%, or even 99% faith. Each individual belief on the spreadsheet of faith is either “On” or “Off.”

But if there are no degrees of faith, then what do these descriptions of faith mean?

What is “Great Faith” and “Little Faith”? 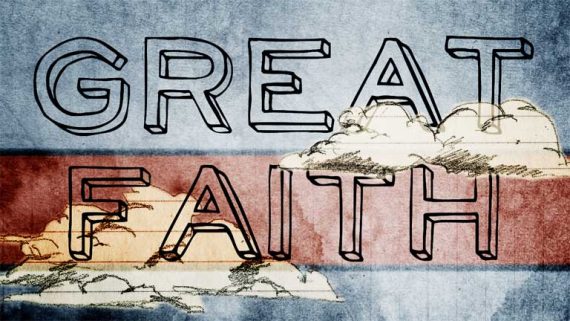 Great faith and little faith have nothing to do with the size, amount, or degree of faith.

Rather, the terms “great faith” and “little faith” describe the difficulty of the truths that are believed.

When a person fails to believe even some of the simple or easy truths, this means that some of the basic, fundamental cells in their network of beliefs are turned “Off.” Since they do not believe these simple truths, vast segments of their spreadsheet are also turned “Off.”

Their spreadsheet is darkened with unbelief because they don’t even believe some of the simple, foundational, basic truths of life or Christianity.

They have little faith, that is, an undeveloped and unexamined spreadsheet of beliefs. On such a spreadsheet of faith, most of the basic truths are still turned “Off.”

On the other hand, there are some people who have great faith. These are those people who are persuaded or convinced of some difficult things to believe.

People who have great faith believe truths and ideas that relatively few people understand and believe.

There are truths in Scripture, life, and theology that are hard to believe, but people with great faith believe them. Such ideas often take great thought, insight, understanding, research, investigation, or deep spiritual experiences in order to believe them.

When people come to believe these things, they believe something that few others believe, and can therefore be described as having great faith. Vast segments of their spreadsheet of beliefs are lit up with the light of the truth of God. 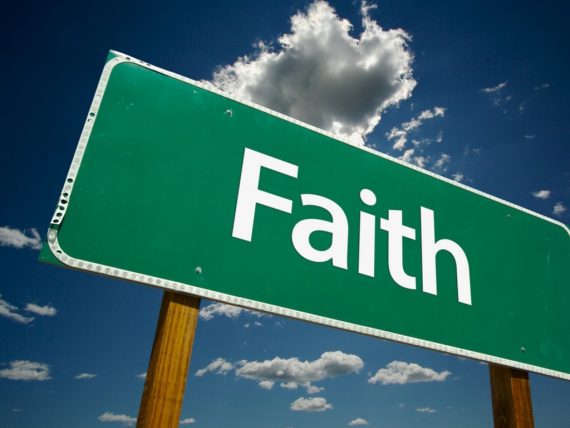 Some examples about great faith and little faith from Scripture

There are numerous truths from Scripture that are easy to believe.

These might include the statements that “A man named Jesus existed” or that “I am a sinner.” Almost everybody believes these, including most non-Christians.

It is a telling fact of the condition of faith in our churches when most Christians don’t truly believe these things. As simple as these truths are, many do not believe them.

However, there are other truths in Scripture which are hard to believe. People who believe these difficult truths have great faith. For example, it is difficult to believe that “God will supply all of your needs according to His riches in glory” (Philippians 4:19).

So great faith and little faith have nothing to do with the amount of faith one has, or the percentage to which one believes a particular fact. Faith does not come in degrees or amounts. 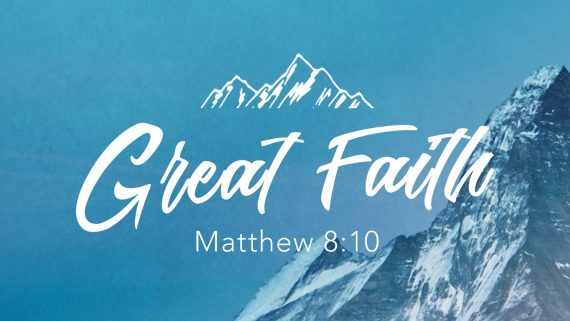 An Example of Great Faith from Matthew 8:10

But in Matthew 8:10, Jesus was impressed by the great faith of a Gentile. He said, “I have not found such great faith, not even in Israel!” (See my sermon on Luke 7:1-10 for a longer explanation of this text.)

In Matthew 8:10, Jesus praises a Roman Centurion for having great faith.

What did the Centurion believe that few others believe? He believed two advanced truths that are quite rare for people to believe (even today).

First, he believed in his own lack of merit. Though he was courteous, humble, and a good man, though he loved the Jewish people and built a synagogue for them, he knew he didn’t deserve anything from God, or from Jesus Christ. Despite his high standing and all he had done, he knew he was unworthy to meet with Jesus (Matt 8:8).

Most people do not believe this.

Most people think they do deserve favors from God. Most people think they are pretty good people and that God owes them something. It is much harder to believe that all we have and all we are given is simply and only by the grace of God. But the centurion believed this, and told Jesus that he was not worthy to have Jesus visit his house.

The second thing the Centurion believed is that healing could be done at a distance. He believed in the divine authority of Jesus, even over sickness and disease through space and time. He likened Jesus to a military commander who simply had to give orders for them to be followed (Matt 8:9).

The Centurion knew that what Jesus commanded would be done, even if Jesus was not present where the healing was to take place. He knew that the words of Jesus were sufficient to accomplish whatever He said.

Most people do not believe this. Most people believe, even today, that if a person is going to be healed, they need to be touched by the person praying for them. They believe that they have to go visit the healer, and have the healer lay hands on them, say special prayers over them, and anoint them with oil.

If a person was seeking healing for their friend and they went to one of the “miracle healers” of today for help, and the healer said, “Go home, your friend will be fine,” that person would feel like they had been ignored, slighted, or brushed off.

But this Centurion knew differently. The Centurion believed some truths that few others believed. He believed that if Jesus wanted to heal someone, He could do it with a simple word and from a great distance.

This truly is great faith, and few believe such an idea, either in the days of Jesus or today. As a result, Jesus marveled at this man’s great faith, and healed his servant from a distance, simply by the power of His word.

All of the other “great faith” passages in the Bible can be understood in similar ways. The context always reveals that someone is believing something that is difficult to believe, and that few people do believe.

So great faith is not a large amount of faith or a high percentage of faith. Great faith simply believes truths that are difficult to believe.

Do you have more questions about faith, how it works, and what various passages in Scripture teach about faith? Try taking my online course, The Gospel Dictionary: