You are here: Home / History of Doctrinal Statements

It is historically uncertain when, where, and how the first doctrinal statements were developed. But we do have some clues.

It is likely that some of the first creeds are found in Scripture, in passages like Philippians 2:5-11, 1 Corinthians 15:3-6, and 1 Timothy 3:16. However, some believe that these were not exactly creeds, but were hymns. Furthermore, and I will return to this point later, these Scriptural statements are not exactly creedal confession of doctrine, but are summaries of stories about Jesus. They are narrative summaries; not doctrinal summaries.

Both of these points, that early statements were based primarily on the narrative of Scripture and the behavior of believers, will become critical later in this chapter for understanding how we as twenty-first century followers of Jesus can stand up for the truth without the damaging and destructive statements of doctrine that have divided Christianity for so long. 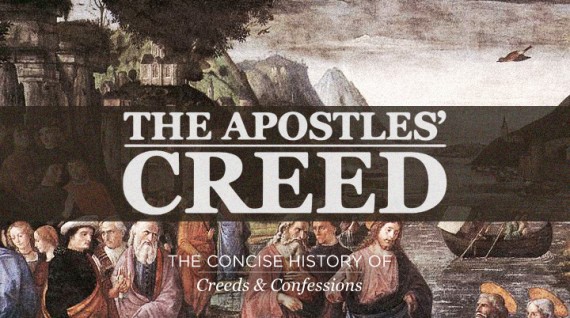 The Apostles’ Creed says this:

I believe in God the Father Almighty,
Maker of heaven and earth:
And in Jesus Christ his only Son our Lord,
Who was conceived by the Holy Ghost,
Born of the Virgin Mary,
Suffered under Pontius Pilate,
Was crucified, dead, and buried:
He descended into hell;
The third day he rose again from the dead;
He ascended into heaven,
And sitteth on the right hand of God the Father Almighty;
From thence he shall come to judge the living and the dead.
I believe in the Holy Ghost;
The holy Catholic Church;
The Communion of Saints;
The Forgiveness of sins;
The Resurrection of the body,
And the Life everlasting.
Amen.

This is a good doctrinal statement. And if this is where doctrinal statements had stopped, I would not be writing this chapter. The Apostle’s Creed is simple, concise, and comprehensive. It contains most of the basic beliefs of Christianity, and there is nothing in there that the majority of Christians throughout history would disagree with. Yet this is also its flaw.

The Problem of Doctrinal Statements

The statement is not as precise as we would like about many things that are considered “essential beliefs” by many Christians. For example, though the Father, Son, and Holy Spirit are mentioned, the statement does not talk about their Trinitarian relationship. Furthermore, the statement is ambiguous about the full divinity and humanity of Jesus, or his sinlessness and pre-existence. And while it does mention belief in the Holy Spirit, the church, the forgiveness of sin, the resurrection of the body, and life everlasting, it doesn’t say what is believed about these things, or how they are obtained, or any such ideas. Finally, the statement says absolutely nothing about the Bible.

The issue before us, however, is not really what it says, but why it was written. If God has given us Scripture, why do we need doctrinal statements? The various answers are numerous and complex, but ultimately, it comes down to one main thing. The church began to develop doctrinal statements in order to know who is “in” and who is “out.” Throughout history, people disagree on what Scripture actually teaches, and so doctrinal statements were written to serve as a guide for the proper interpretation and understanding of Scripture.

Honestly, this sounds like a good idea, as it seems that the goal is to create unity within the Body of Christ. The problem, however, is that the opposite happened. Instead of bringing about unity and love, doctrinal statements created division and strife instead. People began to use doctrinal statements as a way of deciding who was a true believer, and who was not. They used creeds to determine who belonged to the church, and who did not. So although unity was the goal of doctrinal statements, division was the actual result. 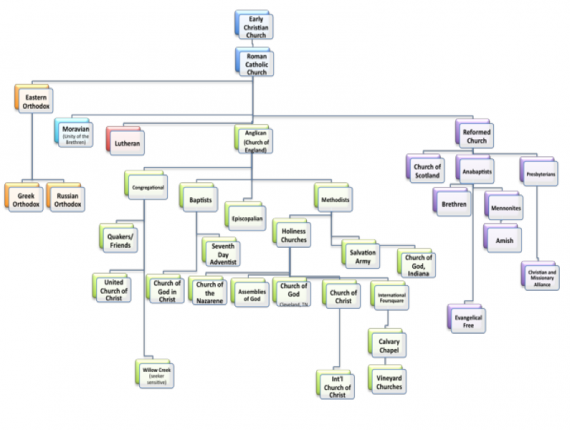 We are at the place today where there are thousands of groups and denominations, with little unity or love between us. We will look in the next post at how this happened.