You are here: Home / Redeeming Church / The Internet and the Movement of the Spirit 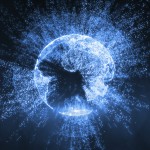 I recently had a conversation with several guys about church and ministry, and we were talking about how there are so many people who seem to entering into a way of being the church outside of the four walls of institutional Christianity. By many estimates, there are now more people who follow Jesus outside of institutional Christianity than those who follow Him inside. I wrote about this a few weeks back.

As we were talking about this, one of the guys wondered why this is happening now … why we don’t see this sort of movement away from “Sunday morning congregational church” anywhere else in history.

My answer was “the internet.”

I believe that the movement away from Sunday morning congregational church has always been happening, but we only hear about it more today because of the internet. 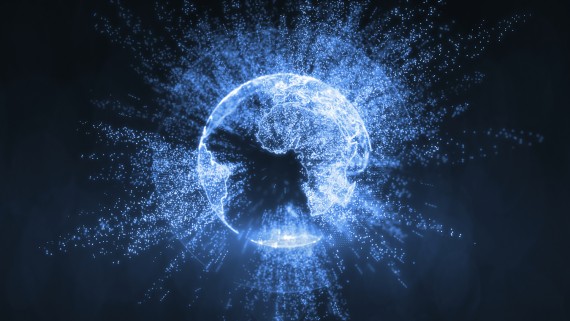 There are three reasons the internet is helping us see what the Spirit of God is up to in the world today.

1. The internet helps us see the worldwide movement of God into a more relational Christianity.

Due to blogging and social media sites like Facebook and Twitter, we can now connect with people all around the world and see that what is happening in my heart and mind is something that seems to be occurring in the hearts and minds of millions of people elsewhere.

Have you ever had a thought or an idea about how to be the church, how to follow Jesus, or how a particular passage of Scripture can be understood in a way that undermines what religious Christianity has often taught? And then you get online and discover that someone on Great Britain or South Africa or Brazil has just posted exactly the same thing on Facebook?

It happens all the time! The only real way to explain this is to recognize that the Spirit of God is teaching similar things to similar people all around the world. The Spirit is fanning the flames of a worldwide movement, and the internet helps us see this movement of God in real time. 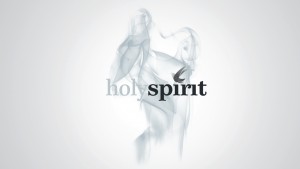 One exciting benefit to seeing that other people in other parts of the world have similar thoughts and ideas to our own is that it helps us realize that we are not crazy heretics.

And that is one reason I started this blog. I started it to hopefully get feedback from other people around the world who might be able to either

In the past ten years of blogging, the response has overwhelmingly leaned toward that second option. I often get responses from people who lean toward Option 1 as well, but in my experience, most of these people are having thoughts and ideas about Option 2, and it scares them, so they fight against it by leaving comments on blogs like mine.

This is why it is always wise to responds to such people with as much grace and dignity as you can muster, for your response to them in this way might be just the thing that helps them see that it is okay to question tradition and follow the Spirit’s leading away from institutional religion. A soft answer helps them see that the people “out here” are not apostates and heretics and backslidden sinners the way those inside institutional religion often portray us.

Be a calm voice of reason and love to all people you interact with on the internet, because the internet is one way the Holy Spirit is inviting people to take a tentative step in following Jesus in a more relational way.

And that leads us to the third point.

3. The internet gives a voice to those who were traditionally silenced.

There have always been lots of people who followed Jesus outside of church, but we have little historical record of them. Why is this? Because institutional religion silenced them.

There have always been lots of people who knew that the institutional Christianity was not the only way of following Jesus, but those who were in positions of power never gave these people a platform or a pulpit from which to speak. They were not allowed to write books, teach sermons, or even ask questions. And so we have very little record of them.

If you read some of the ancient sermon texts, even from the very beginning of institutional Christianity in the fourth century, you can often read between the lines of these sermons and see that the Bishops and Priests had such people in their congregations, and were cajoling them and guilting them back into conformity, and even sometimes persecuting them for “abandoning Jesus and the church.” The exact same tactics and language is often used today by those in power against the people who want to follow Jesus differently.

But today, thankfully, we have the internet. People do not need to have a pulpit from which to speak. They do not need permission from the gatekeepers to publish a book. The barriers are very low to starting a podcast so that your voice and ideas can be heard around the world.

You are not crazy.

You are not insane.

You are not a heretic.

You have not fallen away.

You have not turned your back on God and Jesus.

Instead, you are part of an ever-growing, rapidly-expanding, Spirit-led, worldwide movement of God to show the world that in Jesus Christ, a new day has dawned, a new creation has come, and that all things are new.

You don’t need the rules and regulations and rituals.

You don’t need the standards of conduct the codes of ethics and the doctrinal guidelines.

You just need to follow Jesus in love, as countless millions of people around the world are learning to do each and every day.

And the internet helps us see what God is up to in the world and that He is leading millions of people to follow Him in new and exciting ways. So thank God for the internet!

(If you want to become one of the voices on the internet, I highly recommend you start a blog, and I have created a video tutorial to help you along. Go here to get started.)