You are here: Home / Redeeming Church / 65 Million American Adults Have Left the Church? 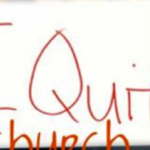 According to recent research, of the 210 million adults in the United States, 65 million of them used to attend church regularly but no longer do, and 2.7 million more leave every year.

Church as we know it is dying.

[Want to read some of the research for yourself? Find numerous church statistics here (much of which seems contradictory) or get Josh Packard’s book which contains the latest research on this subject.]

But, in my opinion, this does not mean at all the church itself is dying.

How could it? Jesus said, “I will build my church …” Do we honestly think He will fail in this?

No, I believe the church of the future looks absolutely nothing like the church most people are familiar with.

But that is not the point of this post…

I want to talk briefly about those 65 million adults who no longer attend church.

A recent study on these 65 million adults discovered that while they no longer attend church, 30 million of them still identify themselves as Christian, and are still actively engaged in various practices and relationships that closely mirror some of the activities and relationships a person might practice in a church building except that they are no longer in a church building. 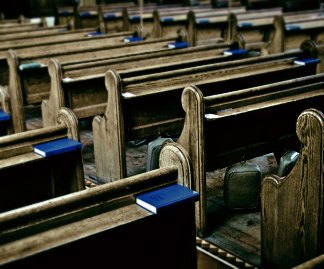 They firmly believe they are followers of Jesus and are still part of the Church, even though they no longer sit in a pew on Sunday morning.

Do you have a problem with that?

But I don’t really even want to talk about them.

I want to talk about the other 35 million.

For myself, I find that number highly suspect.

I certainly have not done any sort of scientific research into this segment of the population, but I work in an environment where I get to interact with a lot of religious and non-religious people, and I have had countless conversations with people who probably count as one of the 35 million people who used to attend church and identify as Christian, but no longer do.

… They don’t attend church. They don’t read their Bibles. They don’t pray. They don’t call themselves “Christian.” They don’t claim to follow Jesus. They use coarse language. They live what appears to be completely “secular” lives.

But do you want to know what I have found?

I have yet to talk to a single person who truly has abandoned God or rejected Jesus.

I am not saying these people don’t exist. I know they do. I just think the number is much, much smaller than 35 million. I would be surprised if it was even 10% of that number.

Here is why I say this …

When I talk to individuals who used to attend church but now want nothing to do with God, Jesus, church, the Bible, or anything of the sort, one of the initial questions I always ask is, “So why did you leave it all behind? What happened? What changed?”

Without fail, I get an answer that falls somewhere into one of the following sorts of explanations:

The church told me I had to believe in 6 24-hour days of creation 6000 years ago. I couldn’t believe that, so I figured that if this is what it meant to be a Christian, I couldn’t be one.

Have you read the Old Testament? God is drowning everybody who lives and telling the Israelites to slaughter people. I once told my Bible study leader that I was uncomfortable with a God who does these sorts of things, and he told me that I had to love and worship this God or I couldn’t be a Christian. So I’m not a Christian.

My pastor was a pedophile and the church board tried to cover it up so the church wouldn’t split. I wonder how many children he molested which we will never know about? I couldn’t have anything to do with people who cover up things like that. So I left and never looked back.

And do you know how I always respond?

Here is what I say:

God agrees with you.

When you reject a religious group because they are closed off about science, or teach you to hate people because they’re different, or tell you that genocide is good and holy, or cover up child molestation to protect a pastor, God cheers you on.

No, you rejected the things God Himself rejects. You did not turn from God; you turned to God.

The truth is that you know what God is like, apparently better than many church people do.

God is like Jesus, and Jesus accepts everybody, loves everybody, forgives everybody. If you want to live like this toward others, then you have not abandoned God, but have been following Him (even if you didn’t know it).

Jesus condemned genocidal behavior. He condemned all portraits of a violent God. If you condemn genocide and violence, then you have not abandoned God, but have been following Him.

The only people Jesus ever condemned are the religious leaders who had a bunch of silly rules to keep people away from God and who covered over their own hypocritical sins and perversions for the sake of power, manipulation, and control. If you condemn these sorts of behaviors in religious people, then you are condemning the things that God also condemns, and you have not abandoned God, but have been following Him.

A lot of people, when they hear this, look at me sort of skeptically, because they have heard the exact opposite from most churches and church leaders. They often say,

Well, if you’re right, I could maybe follow a God like that. But I’ve never heard this before from anybody.

So if I get the chance, I approach the topic from another direction. I might say, 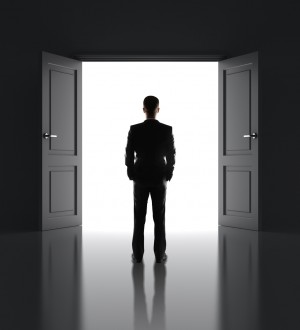 They sit back, and they usually joke around a bit about how they want God to give them a million dollars and a mansion on the beach and let them live forever in perfect health.

But eventually, if I press a bit, they get around to describing a God who is not that worked up about sin, but who loves everybody and teaches people to love everybody.

They describe a God who understands how painful and difficult life is, and who knows that a bunch of religious rules and regulations don’t help.

They dream about a God they can talk to and who is with them in their pain, and fear, and sorrow.

They hope that God accepts people regardless of their sexual or political orientation, who sides with the poor and the outcast, who doesn’t have favorites, and who wants equality, justice, freedom, and fairness for all.

And as they dream dreams out loud about God, I get to smile and, when they are done, say,

Guess what? I’ve got some really good news for you.

The God you have described is the God who exists. THAT is what God IS like. THAT is the God revealed by Jesus.

The God you rejected, the God of popular Christianity, is not God.

You rejected a god who kills, steals, and destroys. But God doesn’t do that. You rejected a satanic version of God, which means that by rejecting that false god, you were actually worshipping the true God!

In your heart, you know God. You know what He is truly like. And so when you rejected the god of religion, you actually turned toward the God who truly is.

In fact, in turning away from that god, you were actually following the true God, and you just didn’t know it.

Most people cannot believe this right away, because they have never heard such a thing before.

But sometimes, this idea leads to further conversations, and further questions.

Do you know someone who is angry at God, the Bible, or the church?

The next time you encounter someone who has “left the church” or “rejected God” rather than tell them that they need to come back, instead, strike up a conversation by asking them what happened, or why they made the decision they did.

And whatever you do, never ever ever EVER have this conversation with the goal of inviting such a person to come to your church. Never.

If you have this sort of conversation with someone, and then you end it with, “So come to our church on Sunday! This is what our pastor teaches! His sermons are great!” you will probably never have a conversation with that person again. They will think that the only reason you said what you said was to get them into a pew at your church. They will see it as manipulative (and they would be right).

In fact, even if the person offers on their own to attend your church, please, tell them not to. Obviously, you cannot forbid them to visit your church, but gently tell them that since they know God so well, they don’t really need to “attend a church” on Sunday morning.

Invite them instead to just be open on a daily basis to what God wants to show them about Himself. Tell them that apparently, God has led them out of the institutional church for a reason, and so He might not want them to go back in. They are still part of His Church, but there might be something else He has in store for them that does not involve singing songs and listening to a sermon on Sunday morning.

Tell them that apparently, they have been doing a fine job of following Jesus, and they should simply be open to seeing where He leads them next.

This will be such a relief to them, that it might be just the thing they need to hear to encourage them to seek God and follow Him intentionally for the first time in their lives. For you have just told them that God is with them, that God wants to lead them, that they can hear from God and know Him within the community of friends they already have. They don’t need to add something “spiritual” to their life; they only need to recognize that God is already there with them, that their entire life is already spiritual.

So those are my thoughts about the so-called “35 million who have turned away from God.” I don’t think they need someone to invite them to “return.” No, what they need is for someone to praise them for their choice, and tell them that in rejecting a manipulative, fear/guilt/shame-based, violent religion, they have not abandoned God, but have actually followed Him into a place that look, sounds, and acts more like Jesus.

Maybe you will be that someone…