You are here: Home / Redeeming Theology / Is Confession to a Priest Necessary for Forgiveness?

[The following is a question sent in by one of the readers of this blog. If you have a Bible or Theology question, you would like to ask, send it to me through the contact form on my About page.]

I’ve been doing a bit of thinking regarding the concept of confession during my research on multiple different aspects of Christianity, and I’ve come across the Catholic concept that requires confession to a priest. However, my beliefs have never required it but then again I don’t recall ever having researched the subject! The question is, how do you view the concept of confession, and is there any Biblical support for that view? Once again, sorry to bother you with this question. Keep well! 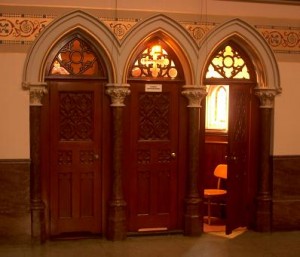 The practice of confessing sins to a priest is not explicitly commanded anywhere in Scripture, though it is derived from various passages. For example, 1 John 1:9 tell us to confess our sins, and James 5:16 tells us to confess our sins to one another. The context of James 5:16 talks about how a person who is sick should call the elders of the church to pray over him, and if this person has committed sin, he should confess it. Therefore, this confession is in the context of having the elders pray over him, and so some see this as an instruction for people to confess their sin to priests, who somewhat function as “elders” or spiritual “overseers” in their church.

The Catholic Church also uses John 20:23 to defend the practice of confessing sins to priests. In this text, Jesus gives the Holy Spirit to His apostles and tells them that if they forgive people their sins, they will be forgiven, and if they do not forgive people, they will not be forgiven. Since the Catholic Church believes in apostolic succession, they argue that the authority to forgive sins was passed down from the apostles through the Pope to the priests.

So is the Catholic Church right in requiring people to confess sins to a priest?

Well, I agree that confession of sins to one another is a valuable spiritual practice. There is something beneficial and helpful about telling other Christian brothers and sisters where you have wronged them, and asking for their forgiveness. Also, bringing your hidden sins into the light so that others can keep you accountable and give you help in overcoming such temptations is also extremely valuable.

But Scripture does not limit our confession just to a priestly class. Even if it did, 1 Peter 2:5-9 reveals that we are all “priests.” Every believer in Jesus is a member of the holy priesthood. Revelation 1:6 and 5:10 also describes the church as a Kingdom of Priests. Each one of us is functions in a priestly role within the rule and reign of God.

I know that there are some passages that seem to teach this (such as Matt 6:15; 1 John 1:9), but the confusion on these passages is due to several factors–such as bad English translations, poor theology, and a failure to study the verses in their historical, cultural, and grammatical contexts. I don’t have time to make all these corrections in this article here, so let me just provide the basic biblical teaching on confession and forgiveness.

The word “forgiveness” should often be translated “release.” The biblical concept of “forgiveness” is not primarily about having our sins washed away. Instead, most of the time when forgiveness is mentioned, it is about gaining a “release” from our sins. That is, sin enslaves us, and forgiveness is the key that helps us get victory over sin. Confession is an important step in gaining that release, that victory over sin. Confession to God and others helps us recognize that we have a problem with a particular sin, and we want God’s help and the help of others to stop committing that sin. This is primarily what the Bible means by “forgiveness.” 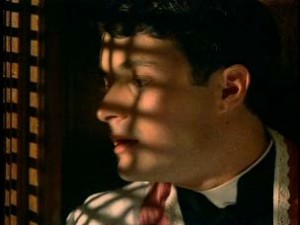 But what about having our sins washed away? Ah, well, while the Bible sometimes uses the word “forgiveness” in this way, it usually uses other terms. And in every case, we are taught that when it comes to having the penalty for sin removed from us, when it comes to having our sins cleansed, everything has already been done for us in the person and work of Jesus Christ. Confession of sins is not necessary for this sort of cleansing. Every sin of every human being in all the world throughout all time has already and completely been forgiven in Jesus Christ. He paid for all our sins—past, present, and future—in His body on the cross. We do not need to confess our sins to be forgiven by Him. He freely cleanses us from all sin (1 John 1:7).

So do you need to confess your sins to a priest?

Well, it is not wrong, but the things they tell you to do for penance might give you a bad idea about how forgiveness is granted, and it is unlikely that saying “Hail Mary’s” will give you the release from sin that true forgiveness is supposed to grant. A better practice is to go to God in prayerful confession, admitting to Him that what you did was wrong, and thanking Him that He has already cleansed you of this sin in Jesus Christ, and then ask Him to give you the strength and wisdom to keep from committing this sort of sin in the future. If your sin involved other human beings, or if you believe you need their help in keeping free of this sin, or you need their counsel, advice, or accountability, you should also confess this sin to another person you trust, or to a group of such people, who will love you no matter what and will help you through the temptations and addictions of this particular sin.

So confess your sins to God and to one another to gain release and victory over them, for you have already been cleansed of these sins through the death and resurrection of Jesus Christ, and your life should begin to match the reality that is already true of you in Jesus Christ.

[If you would like to ask a Bible or Theology question, please submit it through the contact form on my About page. Please keep your questions brief, and I will select a few to answer each month.]