This Guest post is written by Cheryl Petersen. She is a freelance Christian writer, a correspondent for the Delaware County Times, and author of 21st Century Science and Health. She is a mother who gained humor while raising and fostering children. She blogs regularly on beliefnet Everyday Spirituality

The newspaper showed Angelina Jolie and Brad Pitt taking a walk in their backyard. The headline read, “Walking the Isle to Wed.” But it turns out the celebrity couple was only picking up dog poop. Just like the rest of us dog-owners.

Okay, you are right, they probably usually have a professional Poop Picker Upper for that job, but between their on-screen performances and real-life characters, anything is possible with the Brad and Angelina sensation.

But despite their fame as a couple, there is another legendary couple that outshines even “Brangelina.”

It is Adam and Eve. Rumor and legends about this famous couple have survived millenniums. They have been interminably surrounded by stories and rumors of being the first parents, running around buck naked, being blessed, fooled, corrupted, or cursed by God.

And, like all of us, Adam and Eve reveal some questionable parenting skills.

When my husband and I first discovered we were expectant parents, common sense told me that if I followed good parenting skills our children would turn out useful, happy, and healthy. The problem was that information on good parenting skills was hard to obtain, and what did exist seemed contradictory. One family expert counselled one thing while a child psychologist said the exact opposite.

Worse yet, I had seen good parents with bad kids, and bad parents with good kids. So even if I followed all the advice (or none of it) there seemed to be no guarantee about how my kids would turn out. It was all a big mystery.

But in numerous ways, the Bible did help out, especially when I looked to Adam and Eve as a role model for parenting. 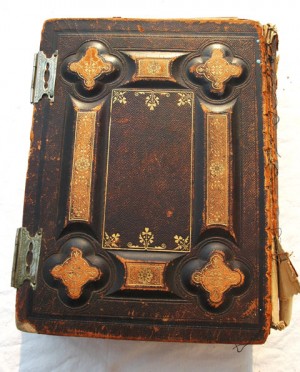 Many Bible scholars maintain two accounts of creation—two different settings for parents. The first account, found in Genesis 1 is beautifully poetic, but like all poetry, suffers from being abstract and vague. Regarding parenting, all we read is that God created male and female, and told them to multiply. Not much help there.

Genesis 2, however, focuses more on Adam and Eve as the beginning of humankind. Strangely, this second account of creation is also abstract, but not as vague. In fact, the details are so vivid, that if a film director tried to portray Genesis 2 in a movie, it would require massive visual and special effects.

Adam comes from dirt. Eve comes from Adam’s rib. Then, due to a talking serpent, the unity and trust they share and husband and wife turns into suspicion and struggle.

So, what do they do? Just like most couples when marriage gets difficult, they have kids: Cain and Abel.

Adam and Eve’s parenting skills develop disastrously. In young adulthood, Cain kills Abel and runs off to “the land of Nod” (Gen 4:16). While there, Cain gets married and has children of his own.

Whoa! Wait a minute. Where did this chick come from that Cain married? So, Adam and Eve were NOT the first parents?

Though some Bible scholars say that Cain married his sister, this seems a bit of a stretch. The Bible is trying to tell us a story, and when we try to make all the details fit our preconceived notion of what really happened, we end up losing the force of the story.

The point seems to be that the world begins with a dysfunctional family where one son murders another and then runs off and leaves his parents behind so he can marry someone from another land and place.

What possible parenting skill could I learn from a story like this?

Learning from the First Parent

First, I forced my mind to get rid of the whole mixed up legacy of Adam and Eve. Just as the supermarket tabloids don’t tell the true story of Brand and Angelina, I try to put out of my mind everything that Christian tabloids of today (sermons, books, Bible studies, etc), tell me today about Adam and Eve.

Then I went back and read the stories again. Returning to Genesis 1, I found God as the Parent. More riveting, I also found no mention of sin, fear, stupidity, apathy, disease, hate, or threats. In fact, in this creation everything was “good” (Gen. 1:31) Everything was “finished” (Gen. 2: 2).

Genesis 1 refers to a Parent with dignified, trustworthy children.  And God gave them the task of being His ambassadors, His representatives on earth. They were to reflect Him and His glory to all creation.

Of course, God’s children failed too. (How comforting for us to know that even the First Parent had children that rebelled!) But their rebellion was not the end of the story, and God’s goal for His children continued down through the ages. He still wants all of His children to reflect Him and His glory to all creation.

This give us a new perspective on parenting.

Our goal as parents is not to raise up children to be like us, but to raise up children to be like God. This perspective reminds us that we ourselves are children of God, and are still in process as well in becoming like God. And it gives us patience. Just as God has been working for thousands of years to reconcile His entire family in heaven and on earth to Himself, so the restoration of our relationships with our own children may also take years and love and prayer.

None of this is easy, because my speculation of how to raise children is limited to my puny life experiences and human emotions. But love and prayer helps. As we seek to love our children like God loves us, and take the needs of our children to our own Father, He helps guide us as we parent our own children.