You are here: Home / Pastoral Power and Spiritual Fatherhood 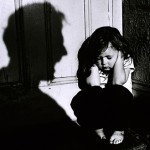 This concept is not found in all churches, but where it is, the pastor often uses the idea to exert his authority and control the lives of others. It is another form of pastoral power abuse.

The idea of spiritual fathers comes from passages like 1 Corinthians 4:15-16, 11:1, Philippians 2:22, 4:9, and 2 Timothy 3:10, 14 where Paul tells those under his care to follow his instructions and imitate his example because they are his children in the gospel. From this, certain pastors also try to get the people of their church to follow their instructions, and imitate their example. Seems innocent enough, right? Especially since the Apostle Paul set the precedent. 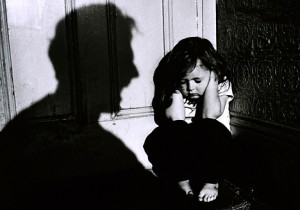 The primary problem, however, is that not all pastors are like the Apostle Paul. The ministry of Paul was characterized by self-sacrificial service to others. Many pastors who try to control the thinking and behavior of others with the concept of “spiritual fatherhood” are more concerned with their own position of power and prominence than they are with the spiritual wellbeing of other people.

This can been seen when their practice of spiritual fatherhood goes far beyond anything Paul practiced in his life and ministry. If Paul was a “spiritual father” it was a servant father, not a father who lorded his position over others. Paul, as a spiritual father, did not engage in spiritual child abuse.

The Example of Paul

While he gave up food and money to minister to others, many “spiritual fathers” today command their people to tithe 10%, and some even go to the extent of demanding that people submit monthly financial records to show where their money is going. In most areas, Paul allowed others to make their own choices, but some “spiritual fathers” today want families to check with him regarding such things as vacation planning, job transfers, financial management, and child rearing. None of the instructions Paul gives in the passages above fall into such areas.

Beyond this, it appears that Paul’s situation was much different than the pastoral “spiritual fathers” of today. Aside from being an apostle, the people that followed Paul as their spiritual father appear to have done so by their own choice.

Just because someone believed in Jesus for eternal life as a result of his ministry, does not mean that he could direct their lives and force them to do what he wanted. He never demanded any sort of action or behavior, but always invited people to make their own choices. Certainly, he presented his own life as an example, and believed that he was following the example of Jesus, but this is very different than demanding that people obey and listen to him alone. That is what some of the false teachers were doing, and Paul criticized them for it.

The Instruction of Jesus 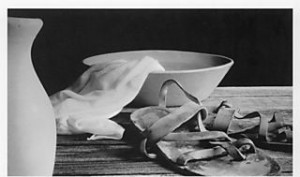 It should also be noted that Jesus instructed his followers to not call anyone father, since we have only one Father, God in heaven (Matt 23:8-11). This instruction is not just about the title “father” (or Pastor or Reverend), but as with all the instructions from Jesus, about the attitude of the heart. Making demands of obedience from others is not the proper condition of the heart for one who is a pastor in the church.

So be wary of any pastor who demands that you think of him as your spiritual father. For our true Spiritual Father, God in heaven, waits patiently for us to see His love and care, and make the choice to follow Him. So also, any human who is following this example, wins over others, not by force or exerting control, but through loving service and self-sacrifice for the sake of others. Any other form of pastoral power is not following the example of Jesus.

Want to read more about this? Try these links: