You are here: Home / Should Philosophy Guide our Theology? 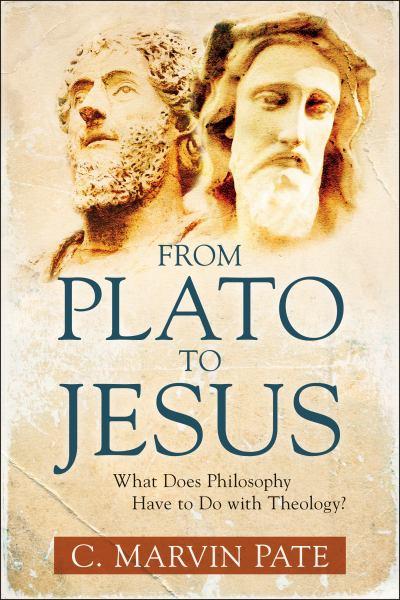 Did you know that much of our modern theology is founded upon philosophical ideas from Aristotle and Plato? Lots of people assume that our beliefs come primarily from the Bible, but when you actually start to study the history of how Christian doctrine was developed, you discover clear statements from numerous members of the early church who developed these beliefs, that they were trying to synthesize Greek Philosophy and Biblical Teaching.

They took the Bible in one hand, and the ideas of Aristotle and Plato in the other, and put the two together to develop our Christian beliefs.

There were some Early Church Fathers who did not think this was wise and argued against such a combining of Biblical teaching and Greek Philosophy. Once such person was Tertullian, who made the famous statement:

What is there in common between Athens and Jerusalem? What between the Academy and the Church? What between heretics and Christians? …Away with all projects for a “Stoic,” a “Platonic,” or a “dialectic” Christianity! After Christ Jesus we desire no subtle theories…

Martin Luther shared the same feelings toward philosophy, calling it “the Devil’s whore.”

I have often agreed with these sentiments. I have often wanted to get back to the Bible, to just what the Scriptures teach, to strip theology from the pagan philosophical influences that have crept in over the years.

But recently, I have come to realize that this is simply not possible. Any attempt to strip theology of the pagan influences of the past, we will only replace it with cultural and philosophical influences of today — which might possibly be worse.

And aside from being impossible, stripping philosophy out of theology might also be undesirable. I have recently been challenged in one of the books I read to think of philosophy as a form of divine revelation.

The book was From Plato to Jesus

I sat under Dr. Marvin Pate when I was a student at Moody Bible Institute, and I remember thinking then what this book confirms to me now: C. Marvin Pate is an academic who thinks outside the box.

Though he is an Evangelical Pastor and Professor, C. Marvin Pate argues that philosophy is a form of divine revelation, through which the church developed its theology throughout the past 2000 years. Pate argues that the primary lens through which philosophy and theology developed was what he consistently refers to as “the one and the many.” Frankly, I found this terminology highly confusing, and had to keep in mind throughout the book that by “the one” he means “God” or “The Divine” and by “the many” he means “humanity.” If you read the book, keeping this in mind will greatly help you understand the argument and thought-flow of the book.

Based on this construct, Pate argues that some philosophical approaches focused primarily on God, or the Divine, as the ultimate reality, while others focused on mankind as the ultimate reality. The true balance, argues Pate, is in the proper combination of the two, which we find most purely represented in the incarnation of Jesus Christ, the God-Man.

According to Pate, the best philosophy and therefore, the best theology, is that which carefully and consistently combines “the one and the many” or “God and humanity.”

I completely agree. The incarnation is the key to proper theology. I think most theologians would agree.

The challenging part of From Plato to Jesus

is the idea that it was good for the early church to mix philosophy and Scripture in their development of theology.

Pate puts it this way:

Philosophy is preparation for the gospel; philosophy anticipates and culminates in theology. More specifically, philosophy and its construct of the one and the many points toward the Incarnation of Jesus Christ.

I think I agree. And not just about philosophy, but also with art, music, and theater. I believe that if we have eyes to see and ears to hear, the Gospel answers the questions and fulfills the longings that are spoken, sang, painted, and heard in all the various artistic and creative pursuits of all humanity. I am not sure Pate would agree with this, but it is what I have always believed, and now, thanks to Pate, I am including philosophy as well as a form of preparatory revelation by God through humanity for the Gospel.

The one difficulty I had with Pate’s argument is that he seems to only hold up the Greek Philosophy of Aristotle and Plato as having any value from the perspective of divine revelation. Later in the book, he seems to condemn some modern forms of philosophy as being unhelpful for developing theology. He specifically singles out postmodernism (p. 196), because from his perspective, postmodern philosophy emphasizes humanity (the many), at the expense of the Divine (the one).

I don’t consider myself “postmodern” or “emerging” but most of the postmodern/emerging philosophy and theology I have read is a reaction against a modern philosophy and theology which overemphasized “the many” (the human ability to figure things out on our own), and as a result, is not too humanistic, but is almost excessively spiritual. But if Pate thinks it is too humanistic (the many), and others think it might be too spiritual (the one), might postmodern thinking actually be incarnational, and therefore, a good candidate for helping us continue to read Scripture and develop theology?

And here we come to the ultimate problem in developing theology. Nobody can even agree on a starting point, much less where to go once a starting point is found. Nevertheless, we are all reading, studying, thinking, and writing together, which is what makes theology fun.

I thank C. Marvin Pate and his book From Plato to Jesus

for helping me welcome philosophy back into the great conversation.

FTC Disclosure: This book was given to me for review by Kregel Publications.