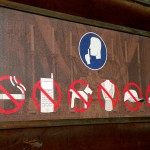 As I listen to and observe the people of these various religions go about their work and live their lives, as I join with them in discussion about their beliefs and practices, I have come to one major conclusion about something that all religions have in common: 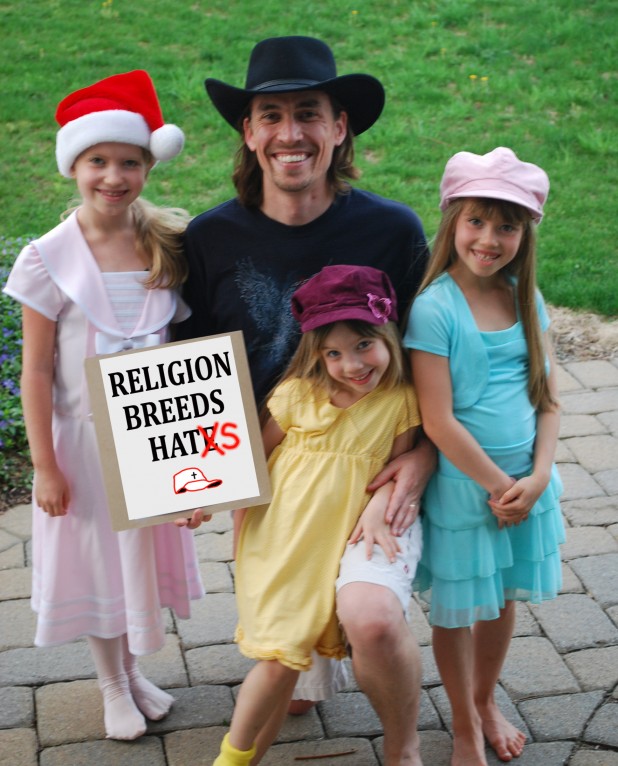 Just by way of illustration, here are some picture of numerous different religious hats:

It seems like every major religion has their own special hat, with their own special times to wear it, ways to wear it, and reasons for wearing it. Many of them are very protective of their hats, and have long histories and explanations for the traditionss behind the hats. Sometimes they have to be made with a certain cloth, or by a certain type of person, or in a certain area of the world. Not surprisingly then, there are occasional disagreements about which hats are valid and which are not. People will sometimes refuse to fellowship with others because of the hat they do or do not wear.

As a result of all this “hatred” I have come to see the hats of the various religions as a symbol for the differences between religions, as well as within the religion itself.

When arguments about doctrines and beliefs arise, when debates get out of hand, when discussions turned heated and people get called heretics, as people scream and yell, as eyes bulge and veins pop, as spittle starts flying, ink starts running, and the blood starts spilling, I sometimes look at it all and think, “They’re arguing about a hat.” They’re arguing about the color, the size, the fabric, when to wear it, where to wear it, and who gets to wear it.

Sometimes the arguments are literally about hats, like the frequent debate found in some churches about whether or not the youth should be allowed to wear baseball hats in church: 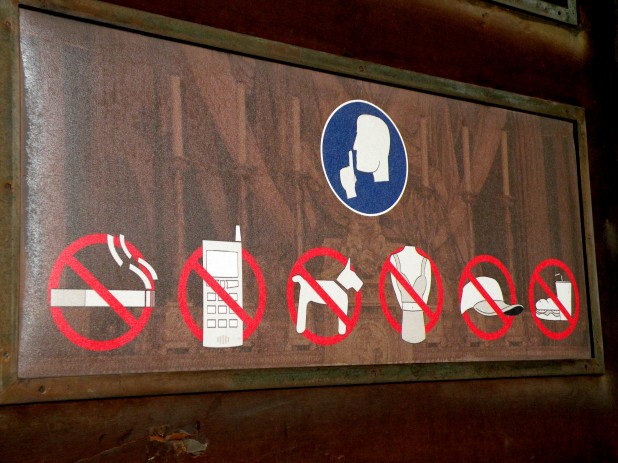 But even most of the religious debates that are not about hats, are still just as pointless and petty. Especially when you realize the damage that such debates cause some people, and even the toll on human life that they take. Just look at some of the religious debates of the past, and how they have led to hangings and burnings and beheadings. Things like the form of baptism, the use of icons, and what happens to the Eucharist when a priest prays over it.

While many of us are convinced that theological differences are more important than hats, when we step back and think about the arguments of the past, many of them really are not.

Are we arguing over anything silly today? Certainly. Like what? Timmy Brister lists these as the main theological debates of our day:

Most of these are hats. Most of them, I believe, are peripheral issues. They are decorative to the Christian life, like a hat, but certainly not central.

Can we debate these? Sure. Should we? Probably. Will believing one way or the other on many of these issues make a difference in your life, your evangelism, your understanding of Scripture, and your walk with God? Absolutely.

But as I read over the list, I don’t see a single issue that  justifies hateful behavior toward someone who disagrees with me. Not a single one. There is no reason in any of these issues to hate, condemn, or verbally crucify someone else because they believe something different than I do. And if you disagree with me on this, well, you can just go to hell.

And when we do that, we no longer have either truth or love. For where hatred flourishes, truth and love are absent.

I know we won’t all agree. I’m fairly sure we never will. But please, let us not kill each other over hats.

This post is part of the Rally to Restore Unity, hosted by Rachel Held Evans.