You are here: Home / Scripture vs. Science: Who Wins? 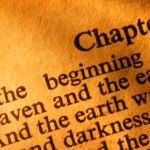 What happens when Scripture and science disagree?

But what happens when they do?

For example, one branch of science says that the universe came about by chance, and evolved over a period of billions of years. But one part of the Bible says that God created the universe in six days. Clearly, both of these ideas cannot be correct.

And yet, over the past 400 years, it has been the Bible that has lost the battle, almost every single time. William Lane Craig, a great Christian thinker, writer, and apologist, said this:

The whole point of the double revelation theory was supposed to prove that these two revelations must agree; if they do not appear to do so, it must be because we are misinterpreting one or both. But the Bible always seems to come out on the short end.

In recent years, the battles between science and Scripture involve the issues of evolution, women as pastors, and homosexuality. If history is any guide, it seems likely that science will win the day on these issues as well.

But what does this mean? Does it mean, as William Lane Craig suggests, that the Bible comes out on the short end? That Scripture is compromised? That the Bible is wrong after all?

Those who argue as William Lane Craig does above, that Scripture is always the side that loses, have simply failed to make the distinction between “What the Bible says” and “What people say the Bible says.”

What people claim the Bible teaches might be vastly different than what it actually teaches. And so if, in the face of scientific advancement, the church is forced to change its teachings in regard to the earth’s place in the universe, a certain group of people as being sub-human, the role of women, or how the universe came into existence, it is not that the Bible has “lost” and gotten the short end of the stick.

Quite the contrary, it could also be argued that as a result of General Revelation, the church has now come to a greater understanding and appreciation for what is written in Scripture. Scripture is not slighted in such situations; it is illuminated, amplified, and explained.

This does not mean that we blindly accept everything science says. That approach is just as bad as refusing to listen to science at all. The best approach is that there must be some give and take, teaching and learning, between General Revelation and Special Revelation. I will write about how this works tomorrow.