You are here: Home / Redeeming Life / So far, I’m not using drugs 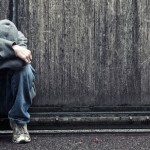 Below is the third letter in the series, “Letters To Dad.” They are written by Sam Riviera, and are based on the true stories of people he actually knows in real life. 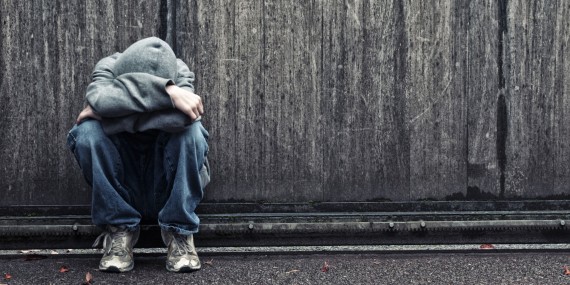 Grandma says it’s a wonder I ain’t in prison or some institution. All the meth mom was using when she was pregnant with me shoulda fried my brain. Well, I didn’t do great in school and spent a lot of time in the counselors office, but I’ve managed to stay out of jail. So far…

You told me I could go live with grandma or some other relative. That isn’t happening. No one wants me or has space for me. Grandma thinks I should be able to find a job. I’ve tried, but they tell me I don’t have any experience and they’re looking for people with experience. How much experience do you need to wipe off tables and take out the garbage?

I think grandma’s afraid she’ll have to support me. She barely gets by on her Social Security check and her landlord is threatening to raise her rent. She says she can’t pay more and doesn’t know where she can find another place for what she can afford, so she can’t have another mouth to feed and a big guy like me must eat a lot.

There’s this place for homeless and runaway kids where I can get a hot meal every night. They have showers and used clothes and a few other things. I got a backpack and I’m hoping for a sleeping bag. There’s a place I sleep up under a freeway bridge behind some bushes. It keeps me dry when it rains. 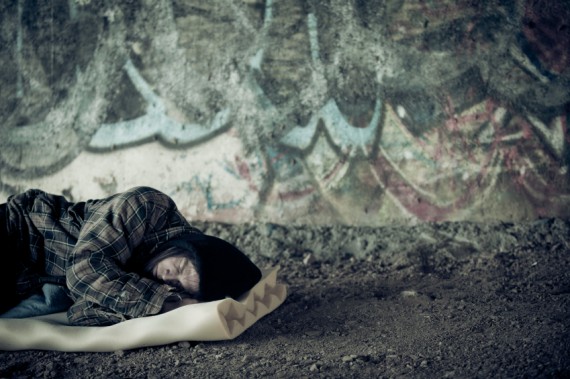 A guy I know down there said there was a shooting on the other side of the street last Saturday. Ten cop cars showed up. They ran everyone off the block and took what you couldn’t carry. The next night there was a stabbing in the alley around the corner. Some guy died. More cops. This stuff doesn’t even make the news. Like anyone cares when a homeless person gets murdered. Bad for the tourist business. Pretend it doesn’t happen. We’re not real people.

I guess I understand. The foster kid checks you got for me stopped when I aged out of the system. You have other kids and your job doesn’t pay much. You said it’s time for me to make it on my own. So far that looks like dinner at the homeless kids place, sleeping under a bridge, and hoping I won’t get stabbed. I’m trying to follow up with several places that are supposed to help people like me, but they really don’t have any place for me to live or work.

So far, I’m not using drugs. I don’t have money and I’m not selling my body or dealing for the privilege of getting messed up by drugs. You don’t know what it’s like down here. It’s a lot more messed up than you know. There are a few people who care, but they don’t have a place for me to get off the street. The system is totally messed up. Guess I’m luckier than most. So far…