You are here: Home / Synchroblog for the 99% 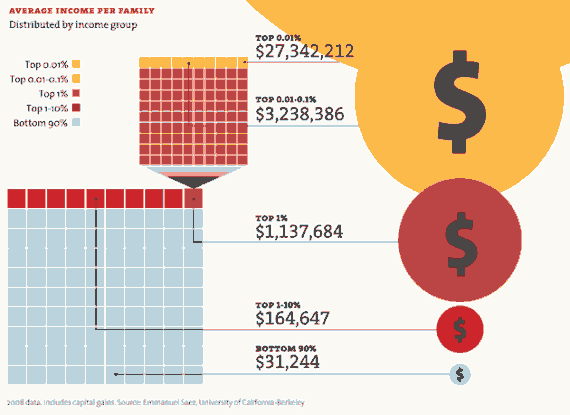 Lots of people are interested in economics these days. Especially with the whole “99% vs. 1%” debate brought up by the Occupiers in Wall Street, Oakland, and elsewhere.

I have been doing a series on tithing recently, and will eventually end up writing some posts about how we as believers can spend our money, and how we should view our role in the world’s (and God’s) economy.

So it is great timing that the February Synchroblog is about Extreme Economic Inequality. I hope you will join us in writing about this topic!

Here is what it says on the Synchroblog site:

“Economic Inequality” is a hot topic in American politics at the moment but it is not just an American condition.

A report released in May of 2011 by the Organization for Economic Cooperation and Development found that the gap between the rich and poor in O.E.C.D. countries has reached its highest level in over 30 years.

In Italy, Japan, Korea and the United Kingdom the income gap between the richest 10% and the poorest 10% was reported to be 10 to 1. Israel, Turkey and the U.S. had a gap of 14 to 1.  And although the gaps in Chile and Mexico had declined the incomes of the richest are still more than 25 times that of the poorest.

This month we are inviting bloggers to ponder the impact these kinds of extreme conditions are having on the world we live in. Are extreme gaps between the rich and poor harmful to society? Does excessive inequalities of wealth create situations where the human dignity of people are threatened?  Does the kind of economic inequality that is being reported around the world undermine human solidarity and the common good?

If you would like to join in the conversation, please plan to submit your name, name of blog, title of post and link in the comment section of this announcement by 6PM EST 2/7/2012.  The list of participants will be compiled and posted on 2/8/2012.

IMPORTANT REMINDER:  We ask that all synchroblog participants include the list of participants and links at the end of their post.

I hope you will join us!