You are here: Home / This Video Really Spoke to My Heart 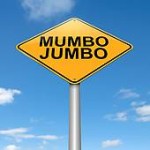 Eric Carpenter at A Pilgrim’s Progress posted one of the best videos I have seen in a while.

Have you ever wondered where we picked up all this Christian lingo? I have been trying to weed it out of my life for the past five years or so, but sometimes it still creeps back in. But every once in a while, I listen to other Christians talk and the amount of jargon and lingo we sometimes use is amazing! It sometimes sounds like gibberish, and honestly, if you really listen, they are not saying much of anything at all. 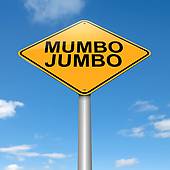 It is not at all uncommon to hear Christians have conversations like this:

“Still stugglin’ with the flesh, but there is victory in Jesus, praise God.”

“Well, just keep walkin’ by faith and not by sight.”

“Oh, that speaks to my heart. I know it’s been a battle.”

“Yeah, but your accountability has been such a blessing.”

Sometimes our Christian conversations reminds me a lot of the talk we get out of Washington DC:

We have decided that in the face of this national crisis we are going to put together a committee to study the societal impact of the options that are available for the betterment of everyone involved.

In other words, they are going to do nothing.

Anyway, I can feel myself getting jaded now, so I better stop. Let’s all try to have real conversations about real things, and not hide behind a bunch of Christians jargon, lingo, and bull-shoot.

Thanks Eric for posting this fantastic video! If you don’t read Eric’s blog, I highly recommend it. I have been reading it for several years now, and always like what he has to say.