You are here: Home / Upgrade Your Church 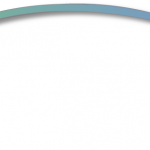 If you tried to get on my blog within the last 36 hours, or on the forum over at GraceCommentary.com, you might have noticed a lot of errors and slow load times. Why did this happen? I tried to upgrade my sites. I added some elements that I hoped would make them run faster and smoother. Instead, the sites pretty much shut down.

So, I reverted them back to the way they were. The site still loads slow… but at least it works.

All of this got me thinking about church. When the church began 2000 year ago, things were good. Disciples were made. People believed in Jesus. The gospel spread. But over time, several things happened in culture: other religions developed innovations, scientific discoveries were made, governments changed hands, and wars were fought. The Christian leaders at the time thought that to keep up with the changes they were observing in culture, they also should innovate and change.

20/20 Hindsight
Looking back now, we see all the thousands of little innovations and tweaks that got us to where we are now. The pews, the buildings, the clergy, the politics, the money, the power, the liturgy, the bells and smells, the holidays, the dress code, the rules, and everything else that we think of as “church” was at one point, someone’s minor little innovation to help them make disciples.

But, just like with my website, some of these innovations, though good and helpful and added with the best of intentions, have become unnecessary coding on the life of the church. Rather than speed things up, they slow the church down. We get bogged down in ritual, rules, regulations, none of which are biblical, but which many believe are necessary to “run the church.”

Church Plugins
As a result of all these unnecessary plugins, we have come to the place today where people get tired of waiting for the church to load, and just move on to something else. They’d like to get involved or comment, but even once the page loads, it takes too long to register, and read all the comment policies, and sign up for the openID, and then, once they finally got to write a comment, they had to squint their eyes and try to decipher some funny-shaped letters which were meant to keep out computer spammers (digital heretics), but all these letters do is frustrate those who are trying to join the conversation. Even then, after they decipher the funny code to prove they are human (true believers), they are told their comment is being held for moderation (the pastor has to approve it).

So, they utter a curse word, make a mental note to not ever read your blog again, or attend your church again, and head over to Facebook or read their favorite blog about beer.

This is one of the reasons people are abandoning the church in droves. It is not that they are unspiritual or don’t care about God, the Bible, and Jesus. They do. It is just that we have made it too difficult for them to get involved and be heard.

Two Responses
Many churches are not even aware that this is going on. They notice attendance is falling, but think it is just because the big church down the street stole all their people, or the community is dying, or people are too busy, or whatever. But some churches are realizing that things need to change. And of those who do, there are generally two approaches to change.

1. Make Church Cooler
First, some churches try to innovate more. They get nicer buildings to compete with the work-out clubs, dance parties, and beer fests that the community seems to love. They add strobe lights and fog machines and state-of-the-art sound equipment to compete with the concerts. They get funny and obnoxious speakers to compete with the political comedians and comedian politicians. In essence, these churches believe they just need to add more plugins and get a cooler layout, and their readers will return.

And let’s be honest. For some of them, it works. They become huge. They get book deals, magazine covers, and radio spots. All the churches in the country try to follow suit.

But the nagging question still remains…are they actually making disciples and advancing the kingdom in a better way…. or are they just bigger, richer, and more popular? The answer is that we don’t know yet. Time and history will tell. 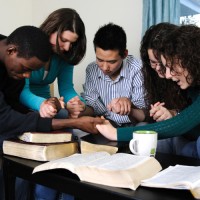 2. Revert Church Back
There is another approach, however. One that is gaining strength and popularity. This is the house church movement. Those in this camp see all the innovations and plugins that have been added over the past 2000 years, and see the the load on the server that these cause, and so decide to get back to the basics, strip it all away, and start over. No technology (or very little, anyway), no clergy, no budgets, no buildings, no sound systems, no lights and fog machines. Just people getting together to live life and follow Jesus.

I am not opposed to this approach. In fact, I am currently part of it. But I get real uncomfortable with the reasoning and logic behind much of the house church movement.  It seems that many house churches, having rejected the historical innovations of the church, simply reverted back to the way things were at the beginning.  Just people, meeting in their homes, sharing food and fellowship, discussing Scripture, and praying for one another. The logic seems to be that if it was good enough for the church in the beginning, it should be good enough for today.

I couldn’t disagree more. I agree this is how it was in the beginning. There’s no denying it. But here’s the problem: although the Bible reports how the early church functioned, the Bible does not require us to do it the same way. The early church did what they did for hundreds of reasons, but one of them was not “This is the one right way to do things forever and ever.”

My Church Position
So why am I (somewhat) part of the house church movement? Not because Frank Viola wrote a book about the pagan roots our church practices

I am part of the house church movement for one main reason. I believe it offers the best and most streamlined way of reaching our culture for Jesus and helping people follow Him. Let me be even more honest. Five years from now, I might realize that there are ways to plug my convictions about disciple making and following Jesus into the mega-church model, and that it offers the best way of reaching our culture and helping people follow Jesus. I actually see signs around the country of this happening already, and am optimistic that some mega churches will be able to make the transition. If so, maybe I’ll join one.

What is the best way to make disciples?
Bottom line, there is the one factor I primarily consider when looking at a church model. I ask, “Is this the best way to draw people to Jesus and make them fully-devoted followers of Him in this culture?” In Greco-Roman culture of the first few centuries, I look at house churches and say, “Yes. That was the best.” After the conversion of Constantine in 312 AD, I look at the inclusion of church buildings, liturgy, and clergy, and say, “Yes, that was the best.” And elements of that model truly were best for about the next 1700 years. Through the Middle ages, and through the Enlightenment, and the Modern era, that model worked quite well at making disciples.

But about fifty years ago, the world-wide culture began to radically change. Like it or not, the church must recognize the reality of our postmodern culture and how that impacts our mission in the world. This post is already too long, but by my analysis, the best church model in a postmodern culture is one that focuses on a few things: simplicity over complexity, service over power, humility over arrogance, generosity over greed, inclusion over exclusion, and loving relationships over faceless masses.

Don’t Revert. Upgrade!
Transitioning to a house church model is not a “revert” back to the way it was in the book of Acts. It is actually an upgrade from the institutional model to a more streamlined, service-oriented, all-inclusive, everybody-has-a-say operating system with fewer scripts, plugins, coding errors, and restrictions. And definitely no “Are you human?” codes to decipher.

So, have you upgraded your church recently? If so, how is it functioning?