You are here: Home / Would Jesus be a Ferguson Protester? 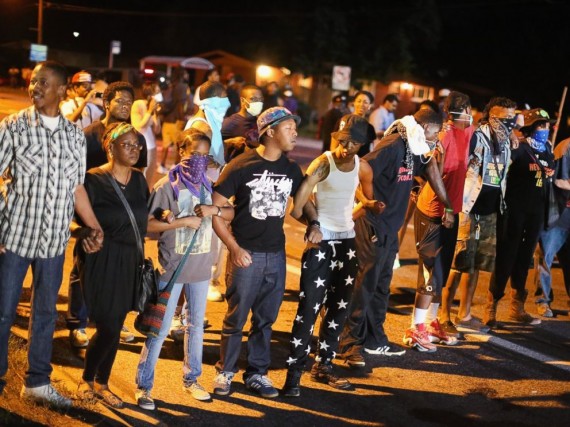 Would Jesus be a Ferguson protester?

I suppose it depends on what you mean by “Ferguson Protester.”

In case you do not live in the United States (or even if you do and have been living under a rock), let me summarize what happened. On August 9, 2014, a Ferguson police officer named Darren Wilson shot and killed a young man named Michael Brown. Since Michael was black and unarmed, and the police officer was white, many are saying that this killing was racially motivated and that officer Darren Wilson should be condemned for murder. Darren Wilson contends that he was being attacked by Michael Brown and shot him in self-defense.

Protests in Ferguson have been occurring nonstop since August, most of which have been non-violent. On Monday, November 24, however, the Grand Jury announced that Officer Darren Wilson would not be indicted for the shooting of Michael Brown. In response to this verdict, many in Ferguson, MO turned to further violence.

In the following post, I have tried to imagine what Jesus would say and do if He lived in Ferguson, Missouri.

My thoughts are below. Feel free to agree or disagree in the comment section.

1. Jesus is deeply saddened by the death of Michael Brown.

It makes no real difference to Jesus whether Michael Brown was guilty or not. Jesus loves Him and is terribly saddened by His death.

For this reason, Jesus would be found among the mourners of Ferguson, Missouri.

Jesus would be deeply saddened by everything that has happened in Ferguson. He would mourn with the friends and family of Michael Brown.

2. Jesus is opposed to brutality wherever it exists.

Many are decrying officer Wilson’s actions as another example of police brutality and the over-militarization of our domestic law enforcement. Jesus is opposed to brutality and violence wherever it is found, especially among those who exist to “serve and protect.”

Regardless of the decision reached by the Grand Jury, Jesus is deeply saddened that violence resulted in the death of a young man, and Jesus is deeply saddened by the violence and brutality that has been carried about by those who do not like the decision of the Grand Jury. Jesus would not call upon the people of Ferguson to riot or engage in any sort of violence toward the police or toward other people in town.

One thing Jesus definitely would not do is to offer a $5000 reward for anyone who kills Officer Wilson and his family members. This sort of blatant criminal activity only pours gasoline on an already raging inferno, and Jesus would condemn such calls to brutal violence.

Instead, Jesus would invite the people of Ferguson to love and forgive, and maybe even to do the most shocking thing of all — to give that $5000 to Officer Wilson and his family. Can you imagine the worldwide news stir that this would create? Instead, all we get is news about escalating violence.

Even when reporters try to allow the looters to provide their perspective, they receive only violence in return. Here are two examples:

Whether or not Officer Wilson truly is guilty of brutal violence, more brutality from the people of Ferguson is not what Jesus would support. He would call for love and forgiveness, as these are the only things that can heal this broken community.

3. Jesus hates racism in all its forms.

Related to violence is the issue of racism. Was the killing of Michael Brown racially motivated? Nobody really knows, except for Darren Wilson. 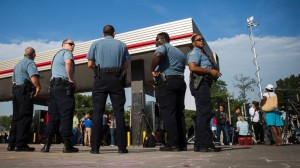 And again, maybe the Grand Jury will uncover some evidence which proves that Darren Wilson was racist, and if so, such actions and behavior can be rightly condemned by those who follow Jesus.

Again, Jesus would call for forgiveness and love, not hatred and violence.

4. Jesus would point to the root of the problem.

Ultimately, if Jesus lived in Ferguson, Missouri and was taking part in the protests, He would point the root of the problem.

The real problem is scapegoating.

Jesus would invite the police to revisit their recruitment process and training procedures so that people of all backgrounds and races are treated fairly and justly.

Jesus would invite the people of Ferguson to forgive Officer Wilson, knowing that although the death of Michael Brown was wrong, nothing will bring Michael Brown back, and seeking the death of another person only amplifies the problem and perpetuates the violence.

Jesus would remind the people of Ferguson that death does not do away with injustice. Only forgiveness does that. That the proper response to racism is not hatred, but love. 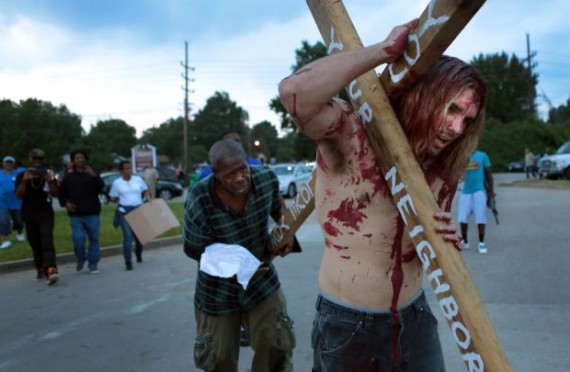 Jesus would invite all the people in Ferguson, whether they are black or white, rich or poor, in power or without, that “other people” are not the problem. “We” are the problem. Each of us is responsible for our own actions. And while we cannot, should not, and must not force others to relinquish power, to be generous with their money, or to love and forgive in return, we can love as we want to be loved; we can forgive as we want to be forgiven; we can serve as we want to be served.

In the end, I agree completely with what Alan Cross wrote yesterday about the Ferguson Protests:

I have seen quite a bit of vitriol, mocking, and derision directed their way today from white Christians in social media who have reposted racial jokes and memes and have condemned them heartily. I do abhor violence and destruction of property and am praying for peace and for those whose businesses were destroyed. It is wrong and it should not be happening and those breaking the law should be arrested and brought to justice. There is really no discussion on that point. But, not all who disagree with what was decided are violent or want to do destroy things. And, even worse, what has affected me today is the energy that some people have exhibited in making fun of the crowds and mocking them and saying that they would never be them.

Then, I saw a tweet from David Fitch, professor/writer, that referenced Mark 6:34 and it got me thinking. I turned to the parallel passage in Matthew and it says this:

“And Jesus went throughout all the cities and villages, teaching in their synagogues and proclaiming the gospel of the kingdom and healing every disease and every affliction. When he saw the crowds, he had compassion for them, because they were harassed and helpless, like sheep without a shepherd. Then he said to his disciples, ‘The harvest is plentiful, but the laborers are few; therefore pray earnestly to the Lord of the harvest to send out laborers into his harvest.'” (Matthew 9:35-38)

Christmas is the season that we celebrate the coming of Jesus, born as a baby in Bethlehem to Mary and Joseph. We call his birth the Incarnation because the Son of God came and put on flesh and made his dwelling among us. He came and lived among US. He taught and healed and told us about the Kingdom of God. His Kingdom invaded our own little kingdoms and he told us a better story – a True Story. He gave us life. He did not stand afar off from us in our sin or misery or destructive ways. He did not mock us or make fun of us or declare how stupid we were. He didn’t reject us. He became one of us and in so doing, saved us all – all who will come to Him.

WE were the crowd. Harassed and helpless. Sheep without a shepherd, not knowing where to turn, where to go, or what to do. So, we followed the loudest voices we could hear – the voices of our culture or our past or of temptations or seducing spirits or ourselves. We went after them looking for life and answers and we became harassed on every side. Helpless to do anything to save ourselves or change our situations. Some turning to violence. Some to pride. Some to greed and anger and some to judgment and condescension so they could establish themselves as better than others. But, Jesus came for us all. The privileged and the powerful, the poor and the angry. All of us, even those whose sins look more respectable than others.